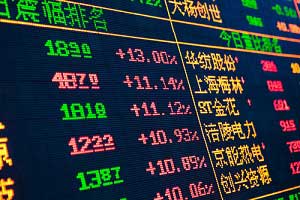 Futures for Dow Jones Industrial Average today (Thursday) forecast a 380-point decline after Chinese regulators halted trading when the Shanghai Composite Index fell 7% in just 15 minutes of trading. Thursday's session was the shortest in the 25-year history of the Chinese stock market. Trading was halted as a weakened yuan raised new concerns about capital flight from the world's second-largest economy. This was the second time that Chinese stock trading was halted this week.

On Wednesday, the Dow Jones Industrial Average cratered another 252 points as traders weighed geopolitical concerns around the world, which fueled a sell-off on the back of plunging oil prices. The S&P 500 Volatility Index - the markets' fear measurement - rose 6.7% on the day. Money Morning Capital Wave Strategist Shah Gilani explains why 2016 will be so volatile, right here.