As the presidential candidates prepare for the Iowa primary - just a few weeks away on Feb. 1 - today's election 2016 news looks at three things that will shape candidates' outcomes in the early-voting state.

Latest Election 2016 News: Hillary Unleashes Bill, but Perhaps to Her Own Detriment - Democratic presidential front-runner Hillary Clinton recently released her husband, Bill Clinton, out on the campaign trail. Initially, the move wasn't met with much controversy... until Republican front-runner Donald Trump got involved. Trump attacked Bill and Hillary Clinton via Twitter when he heard the news.

The media then jumped on the story. A Washington Post article said the Bill Clinton "scandal machine" is coming back to haunt Hillary.

Was having Bill campaign for Hillary a bad choice? Hillary has been an outspoken defender of women's issues, especially sexual assault victims, but her husband's past allegations of sexual impropriety present a disconnect between her words and actions.

Hillary has even been complicit in discrediting Bill's sexual assault accusers, according to the Washington Post.

The Clinton camp appears confident that Americans will overlook these past controversies, but the mainstream media isn't letting them go. And Trump is already redoubling his attacks. On Monday, Trump called Bill Clinton "one of the great women abusers of all time" on CNN.

It's unclear whether Hillary, who has largely ignored Trump's attacks on her husband thus far, can continue to afford to do so. 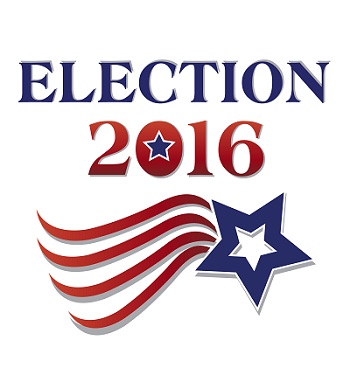 Latest Election 2016 News: Trump Must Turn Voter Excitement into Voter Turnout - Thousands of potential voters have been turning out to Trump's rallies. But the question remains whether those voters will register in the primaries to vote for the front-runner. When reviewing polling information from data firm Civis Analytics, The New York Times found that Trump did best among voters who don't typically participate in primary elections. There is a counterargument, however, that Trump is going to influence his supporters to register for the primaries.

He has galvanized a large segment of the American population, many of whom are deeply unsettled with the status quo. The majority of these Americans are blue-collar voters, however, who don't typically turn out for the primaries, according to Alfred J. Tuchfarber, a founder of the Ohio Poll.

Trump's strategy is to build an army of grassroots supporters, many of whom would have never voted in a Republican caucus before, according to The Hill. It's an unconventional approach, and one that could backfire against his opponents' more organized, get-out-the-vote operations, The Hill reports.

We'll find out soon if Trump's strategy will pay off...

Latest Election 2016 News: Ted Cruz Flip-Flops on Immigration Issues - In recent weeks, Ted Cruz has taken a hard line on immigration issues, calling for increased border enforcement and an end to illegal immigration. But in the past, Cruz has supported expanding legal immigration and visas for high-skilled workers, according to FOX News. In 2013, Cruz also supported a bill to open a pathway to legalization for illegal immigrants.

The topic of immigration has been a huge issue for Republicans for election 2016, and Cruz's policy reversal makes him an easy target in the next Republican debate on Jan. 14.