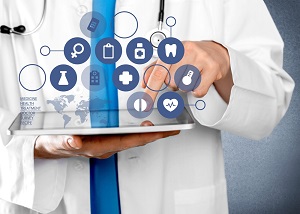 Many folks don’t take their medicine as prescribed. Little do they realize the failure to do so costs the healthcare industry about $378 billion annually. This figure comes from expenses spent on superfluous medication administration as well as unnecessary medical procedures that result from patient noncompliance.

AiCure, a New York-based tech startup, is closing that gap. The company has raised $12.25 million in new financing for its app, which monitors patients’ adherence to their prescribed treatments.

Unlike existing “reminder apps” like PillPack and Dosecast, AiCure’s app takes extra steps of assurance that a patient has indeed taken his or her dose. As part of its core process, users of AiCure will be responsible for photographing themselves taking their medications and, after doing so, sending these images back to the company.

While the execution of AiCure seems quite simple, it involves artificial intelligence on its backend. That’s where the data is cultivated and stored in order to provide feedback to various biotech firms on how clinical treatment regimens are going.

It’s because of this kind of follow-through process that AiCure sees its applications in use on a broader spectrum. According to a Tech Crunch article posted today, the company expects the app to be used by both patients and their physicians alike, as well as by the firms responsible for hosting clinical trials.

Find out more on other hot, new tech startups by following us on Twitter @moneymorning or by liking us on Facebook.

The Hottest Trend at CES 2016: Twenty years ago people would have laughed at the idea of the auto industry having anything to do with the Consumer Electronics Show. But the Detroit automakers totally dominated this year's show. Here's why…