It used to be that a geopolitical crisis would spike energy prices – primarily crude oil – merely by showing up.

The idea was that any uncertainty in global cross-border affairs would adversely impact the availability of energy. In turn, that reduced energy supply would usually prompt a spike in oil prices.

Today, the situation is quite different. Thanks to huge new unconventional (shale and tight) oil reserves, concerns that a conflict situation may curtail access to oil have declined considerably.

These days, unless an event has an almost direct danger of bringing actual overall aggregate supply into question, it has no effect.

But there's a new geopolitical "weapon of choice"…

The Price of Oil No Longer Reacts to Near-Crises

Consider that in the past few days, a renewed round of Saudi-Iranian animosity, an attack on Libyan production facilities, the apparent detonation of a North Korean nuclear weapon, and the capture (and subsequent rather quick release) of American naval personnel by Iran have had no impact at all on crude prices.

Of course, any event that would, say, interrupt passage through the Strait of Hormuz – which connects the Persian Gulf and the Arabian Sea (and, thereby, the rest of the world) – or an attack on main pipeline systems just about anywhere, would have an effect. 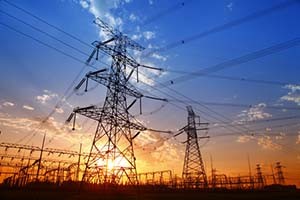 [Editor's Note: Click here to read Kent's explanation for how the Saudi Arabia-Iran conflict could escalate and have just this effect on oil prices.]

That's because it would potentially damage supply.

And supply is now the only factor that influences price. After all, it has been excess supply that has constituted the primary restraint on price levels over the past year.

Well, we are going to see some changes here, but nothing spiking prices back above $80 a barrel – or probably even $65 – any time soon.

However, the geopolitical factor is becoming a consideration in other energy segments. It is still a supply-side element, but it's playing out differently…

Russia Has Less Control of Crimea Than It Seems

The first affected region is Ukraine. Moscow was successful in taking over Crimea at the outset of hostilities between nationalists and ethnic Russian forces, thereby redressing what a huge majority of the residents there considered a historic injustice (Crimea had been part of Russia for centuries until Khrushchev transferred it to Ukraine in 1954).

The protracted conflict then turned bloody as other Russian enclaves in Eastern Ukraine sought greater autonomy from Kiev, with the support of Russian military equipment.

But mainland Russia has two problems. The first is the lack of a direct land access to Crimea. That is currently being addressed with a construction project across the Strait of Kerch connecting the Sea of Azov and the Black Sea. Once that is completed, Crimea will be physically connected to the rest of Russia.

But its supply of electricity will not be.

Sporadic power supplies and rolling blackouts/brownouts are now part of everyday life in Crimea. In addition to the problems created for residents, the situation is also having a negative impact on Crimean industry and commerce.

That's because Ukraine remains the only source of electricity, and Kiev has been using this to create problems in the breakaway region.

There are only two ways Russia can deal with this.

The first is to use territory adjoining the multilane highway project underway across the strait of Kerch to lay power lines. The second is to build local generating stations. Both require large capital outlays and will take several years to complete.

And that is before the antiquated distribution network within Crimea is even addressed.

Half the world away, there is another region where the energy supply can have a surprising impact…

By Cutting the Power, China Can Keep North Korea Under Control

The second region in which energy supply can have an impact on an ongoing conflict is in North Korea. There, Pyongyang is absolutely dependent upon China for its electricity, other than a few government facilities (such as military bases and missile installations) that appear to have their own independent power stations.

The nation would come to a standstill and literally be cast into the dark if Chinese electricity supplies were to be cut.

Beijing has been reluctant to use this major leverage in getting North Korea to toe the mark. But Chinese authorities have made it clear that they do not want their bellicose neighbor to develop nuclear weapons.

There are substantial doubts developing about whether there actually was a hydrogen bomb test, as North Korea's leader, Kim Jong-un, recently claimed.

But there is little question that the announcement was meant to put pressure on South Korea and the U.S. policy of supporting it.

Regardless, an increase in the regional threat level, and any prospect that North Korea is serious about renewing nuclear weapons development beyond being a propaganda device, will elicit a response from the giant power on its borders.

Once before, ostensibly explained away as a technical glitch, the power-line connection between China and North Korea was interrupted. North Korea promptly calmed down just long enough for the lights to go back on.

Don't be surprised if it happens again. And remember the bigger picture: Asia is fast becoming the primary region for energy demand expansion, and will remain so at least to 2035.

That sets the stage for access to electricity as a rapidly expanding political as well as economic tool.