Futures for the Dow Jones Industrial Average for today (Tuesday) forecast a 250-point gain despite news that China's economic growth slumped to a 25-year low of 6.8% in the fourth quarter. China's economy continues to shift away from manufacturing to the services sector, while its factory output and retail sales fell below economist expectations. Full-year economic growth was 6.9%, although many analysts and economists argue that this figure has been inflated by China's officials. 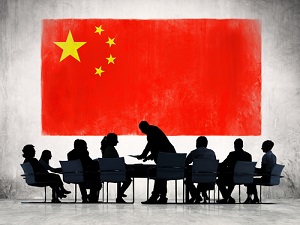 On Friday, the Dow fell 390 points to its lowest level since October 2014. The global sell-off accelerated over concerns of China's growing debt problems and a plunge in global oil prices. China's currency manipulation remains a major problem for the global markets, as we explain here.

On Monday, the U.S. markets were closed for Martin Luther King Day. But markets around the globe were in full swing on news that Western nations lifted sanctions on Iran. Oil prices fell to their lowest levels since 2003, as traders anticipate the OPEC nation will begin to sell its crude on the global market.