Following Q4 and full-year 2015 results due after today's close, many investors are wondering if they should buy Netflix stock.

And when looking for advice on Netflix stock, almost every investor overlooks the most important part about investing in NFLX. But more on that in a minute... 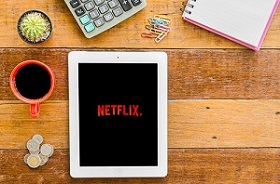 Aside from EPS and revenue numbers, investors are really interested in subscriber retention and growth numbers.

In October, Netflix said it expected to close out 2015 with more than 74 million members worldwide after starting the year with 70 million. Wall Street consensus is for 74.6 million subscribers in this report.

But hitting the target may not be good enough for investors. And tepid subscriber growth could push the Netflix stock price down.

But Netflix stock has already dropped 6% in 2016. Now many shareholders are panicked ahead of earnings.

Here's our recommendation on how to invest in Netflix stock, with input from Money Morning Defense & Tech Specialist Michael A. Robinson, a 34-year Silicon Valley veteran...

Should I Buy Netflix Stock Now?

Over the past 20 quarters, Netflix has trumped earnings expectations all but once. The stock's reaction, however, hasn't been consistent. In that same time, shares have moved up or down at least 10% on more than half of those occasions.

So investors should expect a sharp swing after today's report regardless of the results.

That's why we don't recommend buying Netflix stock for the short term. The stock is just too volatile for short-term retail investors. And the volatility of the broader markets will only make it more difficult this quarter.

Still, if you can hang in and go through any volatility, you can profit from Netflix stock long term, according to Robinson.

"Right now, they are going through an Amazon.com Inc. (Nasdaq: AMZN) style growth period. It's the Bezos model - build, build, build - then the profits will follow," Robinson stated after Netflix's Q3 2015 earnings report.

Netflix is a dominant player in the media space and continues to increase its presence. New content and original series keep subscribers hooked. The company is making money, profits are rising, and content costs are declining.

Netflix stock was up 2.24% at $106.33 in morning trading Tuesday ahead of the quarterly earnings report.