Yet while the outages sent the Twitter stock price to an all-time low, one major factor will drive TWTR shares going forward. And almost every investor is overlooking it.

According to Business Insider, the issues began roughly after 8 a.m. GMT and lasted for up to two hours. Nearly 70,000 users discussed the outage on Twitter Inc. (NYSE: TWTR) through the hashtag #TwitterDown before U.S. markets opened. 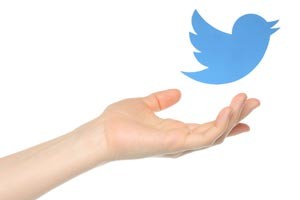 Although Twitter was down, the site still managed to find a way to tweet about the outages. But because users could not log on to Twitter, they were unable to see the company's message.

As long-term users know, this isn't the first time Twitter has had issues with outages...

The social media site was known for outages when it first launched in 2006, and Twitter had a highly publicized, two-hour outage in July 2012.

Before the outages, the Twitter stock price was trading up in pre-market activity. Dow Jones Industrial Average futures were up 250 points ahead of the opening bell, and it appeared that Twitter would start to regain some of the 28.6% losses it has incurred in 2016.

But within just minutes of trading, the Twitter stock price lost all of its gains for the day.

Panicked investors, of course, focused on the website outages today. But there's a much bigger factor that will set the larger direction for Twitter's stock price this year...

When Jack Dorsey was appointed as permanent CEO on Oct. 5, his second time in the role, he was tasked with making Twitter easier to use.

Making Twitter easier to use would boost the site's monthly active users (MAUs). This would lead to more revenue from advertisers, as more advertisers would pay to reach a larger audience.

Another strategy from Dorsey is extending the character limit on tweets. Twitter is known for its 140-character limit, but Dorsey sent out a message on Jan. 5 that shows the CEO may be planning to change that in an attempt to add more users.

Re/code reported on Jan. 5 that the company may allow users to tweet up to 10,000 characters. This feature could be added before the end of Q1 2016.

But so far, Dorsey's efforts have failed to work...

Facebook increased MAUs in Q3 2015 by 14% from the previous year. The company also beat analyst expectations on daily active user growth, reporting 1.01 billion users instead of the expected 992 million.

TWTR shareholders will get an update on user growth when the company announces Q4 2015 earnings on Feb. 3.

The Twitter stock price today is trading at an all-time low, but the stock has even further to fall. Lackluster MAU growth in the next quarterly earnings report will almost certainly send the stock lower.

The Bottom Line: The Twitter stock price is down today because of outages, but Money Morning readers need to focus on the signals indicating Twitter hasn't increased MAUs. If Twitter doesn't meet Wall Streets' expectations, TWTR could continue to trade at all-time lows.