In a Monday campaign speech at Liberty University in Lynchburg, Va., the front-runner in the Republican presidential race promised to force Apple to return long-lost factory jobs to the United States. 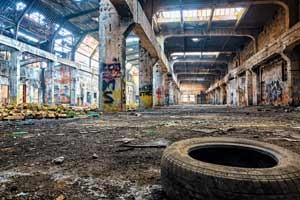 "We have such amazing people in this country: smart, sharp, energetic, they're amazing," Trump said. "I was saying 'make America great again,' and I actually think we can say now, and I really believe this, we're gonna get things coming. We're gonna get Apple to start building their damn computers and things in this country, instead of in other countries."

Most of Apple's products, including the iPhone, are built in China.

Since launching his campaign in June, Trump has repeated his promise of returning jobs to the United States often, although the usual target is Ford Motor Co. (NYSE: F).

In Ford's case, Trump has vowed to slap a punitive 35% tax on every vehicle Ford would import from Mexico. Trump doesn't like Ford's plans to build two new engine and transmission plants in Mexico, although the company has said no U.S. jobs will be lost.

Although Trump didn't specify how he'd get Apple to move its production to the United States, it's safe to assume the same 35% tariff would apply.

Putting aside the practicality of these proposals for a moment, it's easy to see the appeal to a big slice of the electorate. For decades Americans have watched well-paying, middle-class jobs migrate overseas when U.S. factories close.

And Donald Trump has raised hopes, saying he can put things right with these tariffs. "We have to or we're not going to have a country left," he said in his Liberty University speech. "Everyone is ripping us."

It would be great if Trump were right. If slapping tariffs on the imported goods of U.S. companies had any chance of bringing back millions of lost manufacturing jobs, the idea would have broad support.

But Trump's plan won't work. It can't work. And I've got four reasons why…

"No matter who becomes president, I cannot foresee a scenario where 5 million additional manufacturing jobs … reappear in the U.S. in the decades ahead," economist David Autor of the Massachusetts Institute of Technology told the Associated Press.

The Bottom Line: Donald Trump's latest target in his quest to return lost manufacturing jobs to the United States is tech giant Apple. Few dispute the merits of regaining well-paying factory jobs, but the reality is that they're not coming back. And Trump's plan to use punitive tariffs to force U.S. corporations to bring jobs home not only would fail, it would do more harm than good.