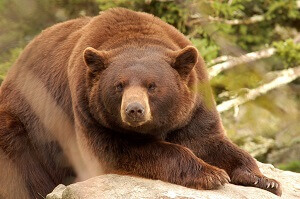 With the broader markets all selling off to start 2016, investors have been asking us, "What is a bear market?"

By definition, a "bear market" is a sharp shift in investor sentiment from optimism to widespread fear, pessimism, and panic.

According to The Vanguard Group, "While there's no agreed-upon definition of a bear market, one generally accepted measure is a price decline of 20% or more over at least a two-month period."

Anything less than 20% is referred to as a "correction." A "sell-off" is the rapid selling and decline of securities or markets and is usually short lived.

Most experts agree we're due for a bear market in 2016, as this has been the longest-running bull market since the end of World War II.

But here's what's key to know… it's not the most important thing right now to predict exactly how low markets will go, or to worry about the perfect definition of a bear market. Instead, it's time to open up to the opportunity that's happening while making sure your investment protection moves are in place, so you're ready for whatever does occur.

That's why we asked three Money Morning experts to share the truth about whether we're in a bear market and the best way to protect your money now.

Plus, they provided three ways to profit even when the markets are falling…

What Is a Bear Market and Are We in One?

While today's market doesn't meet the official definition, Money Morning Global Credit Strategist Michael Lewitt says we are indeed in a bear market, even if the broader indexes haven't hit the 20% threshold.

According to Lewitt, it's easy to see how we found our way into this bear market in the first place…

These stomach-churning drops and the likelihood of more selling pressure have panicked many investors. But Money Morning gurus say fleeing the markets is one of the worst mistakes you can make.

That's why they've developed this strategy for investing in a bear market. It's the best way to protect your money plus profit from the rare opportunity we have now…

According to Lewitt, the markets have even further to fall…

The slowdown in China is far from over, and plunging oil prices have led to job losses, cutbacks in capital spending, and declines in global government revenue. Investor confidence in the willingness or ability of central banks to boost their economies is also fading.

In fact, there are a few ways to make money in an environment like this – bear market or not…

One is trading. (Don't worry – if you aren't a trader, or don't want to try, we also have tactics for you, too. Keep reading.)

Tom delivers these market moves every week – get looped in here and find out the method behind Tom's 100% gain.

You can also profit from the downturn now by investing in inverse exchange-traded funds (ETFs). These are designed to gain while markets fall.

Money Morning Capital Wave Strategist Shah Gilani likes three of these ETFs, each designed to track the inverse performance of a specific index, either the Dow, S&P 500, or Nasdaq. These ETFs will rise as a bear market drags down the broader indexes.

Finally, for the investor who is looking to hold stocks for five or 10 years, Fitz-Gerald says to focus on investing in quality businesses that sell products and services the world cannot live without right now. These companies won't be going anywhere when the markets are in turmoil.

These stocks aren't speculation, they're investments.

Fitz-Gerald also says investors need to be selective, but they don't need to move their money to the sidelines.