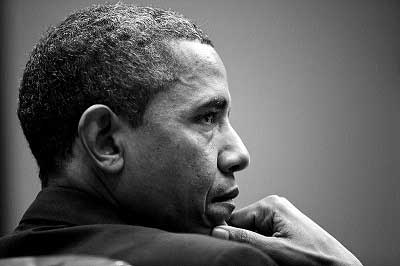 President Barack Obama attends a meeting on gun violence at the White House on Jan. 28, 2013.

The government plans to use your Social Security beneficiary data to mandate your right to own a gun...

Specifically, pensioners who lack the ability to manage their own financial affairs will automatically be banned from gun ownership.

American citizens were intentionally left in the dark on this "secret" gun ban -- though President Barack Obama's intention did grace one headline last summer. On July 18, 2015, the LA Times reported that the White House was seeking to bring the Social Security Administration in line with the operations of the National Instant Criminal Background Check System, or NICS.

Currently, NICS works alongside the U.S. Department of Veteran Affairs to determine which veterans are unable to manage their own matters due to "marked subnormal intelligence, or mental illness, incompetency, condition, or disease."

Soon, Social Security pensioners will be subjected to the same criteria. This could affect about 4.2 million adults who receive monthly benefits managed by "representative payees"...

Here's where POTUS snuck in this new policy change...

A "Secret" Gun Ban That Even the NRA Didn't Know About

"Current law prohibits individuals from buying a gun if, because of a mental health issue, they are either a danger to themselves or others or are unable to manage their own affairs. The Social Security Administration (SSA) has indicated that it will begin the rulemaking process to ensure that appropriate information in its records is reported to NICS. The reporting that SSA, in consultation with the Department of Justice, is expected to require will cover appropriate records of the approximately 75,000 people each year who have a documented mental health issue, receive disability benefits, and are unable to manage those benefits because of their mental impairment, or who have been found by a state or federal court to be legally incompetent. The rulemaking will also provide a mechanism for people to seek relief from the federal prohibition on possessing a firearm for reasons related to mental health."

Both the White House and the Social Security Administration have been drafting this policy change outside of public view for quite a while, stated the LA Times.

Even the National Rifle Association (NRA) knew nothing about it.

Of course, once the association found out, it certainly had some choice words to share...

Once informed about the "secret" gun ban initiative, the NRA issued a statement from its chief lobbyist, Chris W. Cox, saying: "If the Obama administration attempts to deny millions of law-abiding citizens their constitutional rights by executive fiat, the NRA stands ready to pursue all available avenues to stop them in their tracks."

Makes perfect sense to me. I'm all for it.