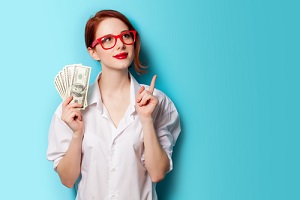 The struggles of Yahoo! Inc. (Nasdaq: YHOO) have been well documented, and CEO Marissa Mayer may be forced to make drastic changes.

Yahoo's revenue declined 7.3% from 2012 to 2014, and Mayer's attempts to increase revenue growth haven't worked. This leaves people wondering, "How does Yahoo make money?"

But before we talk about how Yahoo makes money, let's take a look at exactly why the company is losing money...

Fund manager Eric Jackson highlighted in a 99-page presentation to Yahoo's board that the stagnant growth of the Yahoo stock price is due to Mayer's questionable spending habits.

In the report, Jackson stated that Yahoo's CEO:

And aside from the excessive perks, activists are also peeved at Mayer's acquisitions...

The 40-year old CEO has a history of buying former co-workers' companies, which include Polyvore and Aviate. Mayer paid $230 million for the fashion site Polyvore, although Jackson states that no one in Yahoo wanted to do the deal, according to his sources.

Mayer purchased home screen app Aviate for a reported $80 million. Jackson stated that it was just a "Google Now knock-off," and it's currently just available for Android users even though it was purchased in 2014.

Now that you know why Yahoo is losing money, let's take a look at how Yahoo makes money and what it means for the YHOO stock price...

How Does Yahoo Make Money? Find Out Below

Yahoo made $768 million in revenue for the full year 2014, and the bulk of its revenue comes from advertising. Advertisers pay Yahoo to bring ads to its audience.

Advertisers will either pay for Cost per Click (CPC) or Cost per Mille (CPM) campaigns. With CPC, a company only has to pay for the ad if the customer clicks it. For CPM, advertisers pay for every 1,000 views.

When a person uses Yahoo's search engine, ads that are relevant to the searches will be shown. So, for example, if a person searches for tips on how to make nachos, an ad for a food company may appear.

These ads are then posted on Yahoo's different pages, such as Yahoo! Sports and Yahoo! Style, and sent to Yahoo! Mail user's inboxes.

But the problem for shareholders is that Alphabet Inc. (Nasdaq: GOOGL, GOOG) surpassed Yahoo as a superior search engine. As of May 2015, comScore stated that Google owns 64.5% of the search market share. Yahoo has just 12.8%. That means Google has a large audience and reaches customers more easily, making it much more attractive to advertisers.

Yahoo reported in the first half of 2015 that only 20% of its total ad revenue was from mobile ads.

Mayer has attempted to increase revenue through other outlets recently:

But none of her plans have worked yet...

Yahoo is secretive about its earnings from Tumblr, but analysts believe that's because it hasn't contributed to overall earnings as much as Mayer was hoping. But Livetext is a clear failure, as it ranked 659th for photo and video app downloads for the iPhone and iPad as of Jan. 25. Instagram was the sixth-most overall downloaded app as of Jan. 24.

A once prominent company, Yahoo has fallen behind the tech market and can't catch up. It generates the majority of its revenue through ads, but its attempts at creating other revenue outlets through video and apps have failed.

The Bottom Line: For those asking, "How does Yahoo make money?" the answer is mostly from advertising. But Yahoo's ability to increase revenue with CEO Marissa Mayer running the company isn't promising. Yahoo has fallen behind Facebook and Twitter in mobile ad revenue, and Yahoo is no longer a relevant search engine. Mayer's plans aren't working, and YHOO shareholders need to brace themselves for a poor earnings report on Feb. 2.