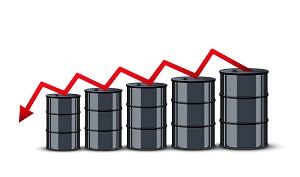 Futures for the Dow Jones Industrial Average today (Tuesday) forecast a 133-point decline as falling oil prices and mixed earnings reports weigh on investor optimism. Oil prices remain under sharp pressure as traders hold out slim hope that Russia and OPEC may be able to strike a deal to reduce a massive crude supply glut.

On Monday, the Dow Jones Industrial Average slipped 17 points after another round of weak Chinese economic data renewed concerns about a global cooldown. Meanwhile, oil prices continued to slide on rumors that OPEC may conduct an emergency meeting to address falling demand around the world.

Are we headed for a stock market crash, correction, or bear market? Here's everything you need to know about the markets today...