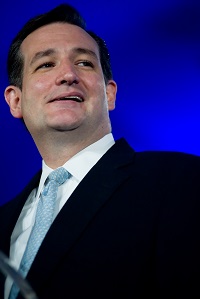 Did Ted Cruz cheat in Iowa?

The Texas senator and GOP presidential hopeful came out of Monday's Iowa caucuses the victor with 28% of the vote. Former Iowa GOP front-runner Donald Trump wound up in second with 24%.

This was an unexpected shake-up for Trump's campaign. And the billionaire businessman initially had a rather demure response to his loss in the Hawkeye state.

However, all traces of Monday's niceties were gone Wednesday morning when Trump took to Twitter to accuse Cruz of commiting voter fraud.

Here's a look at we found out about "The Donald's" claims …

Did Ted Cruz Cheat in Iowa by Employing Scare Tactics?

First, Trump accused Ted Cruz of misleading voters prior to the polls by tricking them into believing Dr. Ben Carson had dropped out.

The former reality star was referring to Cruz's misrepresentation about Carson's plan to return home Monday night after the caucuses. The Texas senator's campaign made it sound like Carson was effectively dropping out.

Carson slammed the Cruz camp for "deceptive and destructive practices," reported CNN yesterday, after the media site retracted its own statement on the matter.

Then Cruz issued an official apology — of course, after the damage was done.

In his second tweet bashing Sen. Cruz, Trump referred to the senator's controversial decision to distribute mailers shaming voters into voting for him last week. These mailers resembled "report cards" that purportedly "graded" residents and their neighbors on their voter participation in past caucuses.

Formatted to look like an official document, the mailers were marked with the words "voting violation" at the top of the page in a large red box.

But does all this constitute actual "voter fraud" from Cruz?

As of right now, it looks that way only to Donald Trump. Not one media source has speculated on whether a re-election could or would actually be held.

Meanwhile, Cruz responded with a tweet of his own. 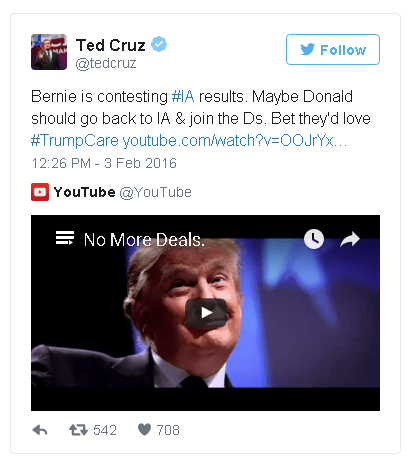 7015 Reads
The Best Penny Stocks to Own Right Now – 185% Profit Potential
The best penny stocks to own are the highest reward for the lowest risk. And there are preferably a lot of insiders buying up shares in good faith. Then I can trust the high analyst projections - like the 185% growth target on our top penny stock today.