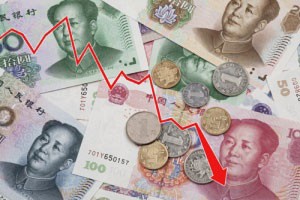 Futures for the Dow Jones Industrial Average today (Wednesday) forecast a three-point gain ahead of another busy day of data and earnings reports.

Yesterday, the Dow Jones Industrial Average slipped 295 points as oil prices slumped and earnings reports remained mixed. As earnings season kicks into gear, growing concern about a recession has become a primary theme of executive communications. According to Thomson Reuters data, at least 92 companies have raised the prospect of an economic recession hitting the United States this year. That's a 33% increase compared to data from the previous year.

Are we headed for a stock market crash, correction, or bear market? Here's what our Money Morning experts have to say about the markets in 2016...