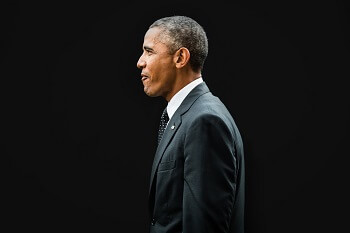 President Barack Obama at the NATO summit in Newport, Wales, on Sept. 4, 2014.

If President Barack Obama has his way, you'll soon say goodbye to those low gas prices you've been enjoying…

Yesterday, the White House announced that POTUS will propose a new oil tax to "be paid for by oil companies."

That precise fee would be $10 per barrel – roughly one-third of a barrel's current total price, which hit $32.03 this morning.

This proposed fee would be phased in over five years. The White House claims it will:

But the new oil tax isn't being well-received by many.

To start, consumers could be heavily affected by this tax.

"The White House thinks Americans are not paying enough for gasoline, so they have proposed a new tax that could raise the cost of gasoline by $0.25 a gallon, harm consumers that are enjoying low energy prices, destroy American jobs, and reverse America's emergence as a global energy leader," American Petroleum Institute CEO Jack Gerard said.

Speaker of the House Paul Ryan was quick to respond to news of the president's plan. "Once again, the president expects hardworking consumers to pay for his out of touch climate agenda," Ryan said in a statement yesterday afternoon.

Members and advocates of the oil industry were likewise quick to criticize President Obama's proposal. They claim the move will curb domestic production and hurt consumers.

Sen. Lisa Murkowski (R-AK) warned that the president should be trying to make America's energy sector more competitive. "After years of imposing new restrictions on access in federal areas in Alaska and throughout the country, the president is now apparently proposing yet another way to damage our nation's oil production."

POTUS' new oil tax plan comes amid the worst crude slump America's seen since 1986. According to a FOX News report released yesterday afternoon, Obama is expected to formalize the proposal this coming Tuesday when he releases his final budget request to Congress.

From what I understand, this is a tax on production, not consumption. But if it is a tax on consumption, this tax will affect those who own gas guzzlers, to which I say "Good". The cost of fossil fuel driven climate change needs to be born by those who create it.

Another burden on the American people by the dullest tool in the tool box.

Just another way to screw the coal miner's and oil field workers that he already put on the unemployment lines.

This POTUS said "NO" to a cost of living increase for SSI recipients because the cost of gasoline was so cheap….now he wants to raise the price!!!!