With word swirling about Russia and Saudi Arabia agreeing to freeze oil production, the talking heads are up in arms about whether it will make any difference or not.

As usual, the devil will be in the details.

On the table is an accord to keep production at January levels, with most of OPEC probably following Saudi Arabia's lead.

In the short term, getting Iran on board is key. Today, meetings took place with Russia, Saudi Arabia, Qatar, and Venezuela on one side of the table, and Iran on the other.

The official goal was to get Iran on board with the production freeze.

But my contacts are telling me a different story... 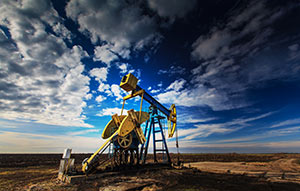 The market euphoria that followed the initial announcement of the oil production freeze prompted prices for the benchmark West Texas Intermediate (WTI) crude to rise over 12% on Friday.

However, after the long holiday weekend and some reconsideration, prices declined yesterday.

Today, the level is moving up again with both WTI and London Dated Brent (the other primary global benchmark) trading at higher levels than we've seen in weeks, especially in light of positive comments from Iran on the new oil production freeze.

Now Iran, which at least in the short term will be key to any further deal on oil production, has as its immediate objective the attainment of the production (and export) levels it had prior to the sanctions.

Yet, as you've seen before in Oil & Energy Investor, the declining condition of Iranian fields and infrastructure will make it difficult for the National Iranian Oil Co. (NIOC) to remain at pre-sanction levels. Iran's full return to the international market will take longer than anybody in Tehran wants to admit publicly.

You see, conflicts over how to approach coordinating oil production with the outside world continue within Iran.

On one side we have Iranian government and oil ministry officials, who see an opportunity to carve out a legitimate position for the country's exports after years of Iran laboring under Western sanctions.

On the other side we have influential conservative Iranian clerics who continue pushing a hard line against any foreign pressure and influence.

Now, everybody in Iran would certainly like revenue from oil exports to begin flowing again after the sanctions have been lifted. The country's domestic economy is in shambles, its currency (the rial) has little effective market value beyond barter, effective unemployment is far higher than the government's figures indicate, and the availability of basic foodstuffs has been erratic for years.

But in the case of oil - like most other matters in Iranian life - efficiency takes a backseat to ideology...

Iran's Ayatollahs Are in Charge

Unlike in many Sunni countries, Iran's ayatollahs have a disproportionate say in the way Shiite Iran makes decisions. Clerical councils have the ability to nullify government actions and even limit certain moves altogether, given the clergy's oversight responsibility on religious matters.

That has made it difficult, for example, to revise Iran's widely disliked buyback contract method of bringing foreign companies into field projects inside the country. It also prevents Iran from establishing more efficient ways of exporting crude oil and natural gas.

According to the 1979 Constitution and the laws based upon it, foreign entities are not allowed to own either Iranian land or raw materials. That makes standard joint ventures (in which companies own and book a percentage of the oil reserves) illegal.

What's left has been a cumbersome and widely disliked system where the outside company fronts all the expenses, turns over a field to the NIOC, and is paid in oil according to a pre-agreed figure.

Recently, the NIOC has announced a new contract approach that was supposed to be unveiled at a meeting in London. Unfortunately, the infighting back home has prompted that meeting to be postponed three times.

I am scheduled to be there in a few weeks and will let you know what (if anything) ultimately happens.

Which brings us back to the issue of the oil production freeze, and the attempt to get Iran on board with it. Contacts are now telling me that's not quite what was happening...

My sources are saying that Saudi Arabia and other OPEC members (including Kuwait and the United Arab Emirates) are prepared to allow Iran some leverage in ramping up its oil exports.

While this may not go down well with everyone, it may well be the only way any deal on oil production can be made to last. For some time now, OPEC has been shooting itself in the foot - moving to maintain market share while at the same time overproducing in a desperate attempt to generate revenue.

Now, the proposed production freeze, even with an exception for Iran, does not immediately change anything in the aggregate. Overproduction is still occurring and the market is receiving about 600,000 excess barrels a day with storage availability beginning to be a factor.

In the world of supply and demand, therefore, a freeze should not have much impact on pricing now.

But there's more to the markets than just supply and demand...

Much of the pricing of crude oil in this market is psychologically driven. So, even if initially there is no accord on cutting production, putting a cap on oil output will shore up prices.

Especially with Iran on board.

And there's an additional element to consider...

The longer a production freeze remains in force, the greater the likelihood that there will be a more noticeable impact on prices. That's because moving into the second quarter of this year, global demand will be rising.

And unofficially, the picture is even better. Privately, OPEC is now showing in its analysis that global demand will be coming in higher than the cartel initially forecast, setting oil prices up for a rise even sooner.

So this deal is far from just a wasted effort.

At that price, there will be several options available to make some nice money.

P.S. With oil prices rising sooner than expected, and with Iran's new oil contract revealed soon, you're going to have some nice opportunities to profit. Stay tuned.

Two Energy Sector Facts That Pundits Keep Missing: Last week's IEA report on global oil demand projections pushed oil prices below $30 a barrel, though the report concluded demand worldwide is on the rise. And that's not the only thing the pundits missed. You see, this increase in demand is combining with another development to open up a range of new investment targets all across the energy sector...

When will the more expensive fraking oil be able to take part in the new profits? Don H