With the S&P 500 up 5.3% over the last week, many investors are hopeful that the markets have finally turned around in 2016.

But even though the markets are up this week, there are some major bear market warning signs that cannot be ignored...

Global markets officially fell into a bear market last week. The definition of a bear market is a decline of 20% or more from a recent high.

On Feb. 11, the MSCI All-Country World Index slipped 1.3%. That pushed its decline since May to 20%. It also marked the biggest risk retreat since Europe's sovereign debt crisis in 2011. 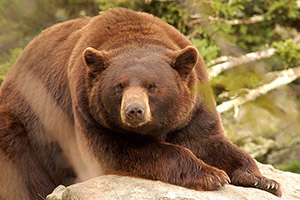 Every global industry has fallen since last year's record high. The sharpest sell-off has been in financial stocks, where declines surpassed 25%. Energy and commodity-related equities have suffered swoons of 30% or more.

Worries of a global recession, the plunge in oil prices, escalating defaults from energy companies, and the uncertain path of U.S. interest rate increases have all contributed to the 2016 bear market.

But one of the biggest threats to the U.S. and global stock markets is China - its banking system in particular. And it's the biggest bear market warning sign we've seen in 2016...

When it comes to global bear market warning signs, this is the biggest in 2016...

China's banks granted loans at the fastest pace on record in January.

Many Chinese banks, despite their size and high levels of lending, struggle to price loans according to the risks individual borrowers pose, global management consulting firm McKinsey & Co. explains. China's banks still lack this basic commercial skill largely because they have little incentive to develop it.

The banking system's inefficiency has a huge impact on the entire global economy...

You see, China's banking sector has grown so big that if just 10% of its outstanding loans were to default, that would be equivalent to erasing about 30% of China's annual GDP, or more than $3.5 trillion.

Extraordinary credit expansions over the past 10 years have helped fund massive and frequently inefficient infrastructure to inflate China's growth. Those could ultimately result in record losses.

That's why so many analysts and investors are growing increasingly concerned about the 2016 bear market.

China is the world's second-largest economy. But growth in the Asian nation has been diminishing over the last several years. Data released in January showed China's economy grew at its slowest rate in 25 years during 2015.

In a letter to investors, Bass wrote that a Chinese credit crisis would cause the country's banks to incur losses 400% larger than the wallop U.S. banks endured during the subprime mortgage crisis.

And while many are fearing this bear market in 2016, our experts have prepared a bear market survival guide for investors. It will help you protect your money, and even profit, when the markets begin tumbling. Get access to the full guide here.