Nearly 500 million people now live in countries with official negative-interest-rate policies, and the United States may be next.

I say "may be" because U.S. Federal Reserve Chairwoman Janet Yellen is talking out of both sides of her mouth. In one breath, she's trying to reassure us that she expects "continued" economic growth - and then in the next, she acknowledges that she wouldn't rule out lowering interest rates to negative territory. Meanwhile it's left to the public to try to sort out just how bad things are, and it is my job, as always, to help. The fact that none of this is openly discussed in the mainstream media is outrageous. Someone needs to take a two-by-four and smack the people at CNBC and Bloomberg Television and The Wall Street Journal over the head and knock some sense into them. 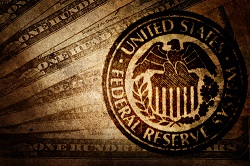 Negative-interest-rate policy (NIRP) is not merely some technical monetary policy tool; it is a tactic with profound political and moral consequences that must be exposed as a betrayal of the social compact between governments and citizens.

Seven years of zero interest rates have already severely punished savers; negative interest rates will finish the job by confiscating their capital for the mere privilege of depositing it in a federally licensed banking institution.

Make no mistake. NIRP is a desperate, last-ditch measure, and it couldn't come at a worse time.

Negative Rates Do Not Generate Growth

A government that can't provide a positive return on capital is failing.

You might think these overeducated professors in the central banks would see that their policies aren't working and make adjustments, but they simply keep doubling down on failure. And in their latest leap into the unknown, they are taking rates below zero in Europe and Japan and contemplating doing so in the United States.

Already global central bankers have cut interest rates 637 times since the financial crisis. They have purchased $12.3 trillion of bonds over the past eight years. What do they have to show for all of this huffing and puffing? Not a whole hell of a lot.

There is more than $8 trillion of government debt yielding less than zero. Economic growth around the world is awful - over the last 26 quarters, the nominal GDP of advanced countries has grown by a mere 11%. The markets are crashing too. The Dow, S&P 500, and Nasdaq are all solidly in the red for the year, and "pop" rallies certainly won't make any difference. I still expect a Super Crash by the summer, if not before, and I'll have more for you soon about exactly what that will look like.

In fact, the mere entertainment of NIRP is an acknowledgement that monetary policy has failed abysmally. If the economy were in fact as healthy as its apologists maintain, we wouldn't be hearing about the possibility of the Federal Reserve bringing negative interest rates to our shores. Yet the latest leg down in interest rates and stock and junk bond prices was triggered by just such a discussion. I can't help thinking back to former PIMCO economist Paul McCulley telling CNBC last year that the Fed should raise rates as a declaration of policy success.

Never have so many Fed sycophants been so profoundly wrong. Rather than declare victory, the Fed continues to misconstrue the two components of its statutory mandate - employment and inflation. The fact that it is taking so long for markets to repudiate this confederacy of dunces is a testament to groupthink and cowardly consensus thinking in the financial world.

One thing is certain: If interest rates go negative in the United States, the stock market is not going up. Any knee-jerk rally will come tumbling down.

Rapidly deteriorating market conditions ensure that negative rates would be particularly disastrous. Right now, I'm tracking two specific indicators that tell me how fragile this "house of cards" really is.

One of them is my favorite asset, which I hope you've been buying as eagerly as I have...

I'll be back soon to show you.

Editor's Note: The Fed has woefully mismanaged this credit cycle - and their misguided policies are about to trigger a $200 trillion "Super Crash." This year, your most valuable asset may be Michael Lewitt's free Sure Money service. In Sure Money, Michael helps you see what's going up, what's going down, and how to profit. Sign up now by clicking here, and you'll get instant access to all of Michael's investing tips, recommendations, and specific instructions, including his exclusive "Super Crash Report."