Apple buying Netflix would give the tech giant something it's been lacking lately – but absolutely must have to keep investors happy.

Yet the value of an Apple-Netflix deal might not be obvious on the surface.

For one thing, there's the cost.

Netflix Inc. (Nasdaq: NFLX) has a market cap of about $39 billion. Though that's 30% lower than where it stood at the beginning of December, an Apple Inc. (Nasdaq: AAPL) deal for Netflix would command a premium, putting the estimated price tag in the $60 billion to $70 billion range. 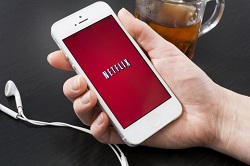 That's a lot of simoleons, even for Apple and its impressive cash pile of $216 billion.

And for all that money, it appears Apple wouldn't be buying much growth.

After all, in the December quarter, Netflix reported profit of just $60 million on revenue of $1.8 billion. In the same quarter, Apple made $18.4 billion in profit on $75.9 billion in revenue.

Some have suggested that Apple could save billions by just building their own Netflix-style service on top of their existing iTunes video offerings.

Before we get to what an acquisition of Netflix would mean for Apple, think about what Netflix gets out of it.

One reason Netflix's profits look so meager is that it's plowing tons of money into growth – investing in the future, much like Amazon.com Inc. (Nasdaq: AMZN). In particular the company is spending on original programming and international expansion.

"Given our expected cash needs, we are likely to raise additional debt in late 2016 or early 2017," CEO Reed Hastings wrote in January's quarterly letter to shareholders.

Having Apple's deep financial resources would make it much easier for Netflix to pay for more original content as well as speed up its international growth, both key to future earnings.

An Apple-Netflix merger is also a sort of insurance policy for Netflix. That streaming video is one of the key growth trends where tech and media intersect is no secret.

And Alphabet Inc. (Nasdaq: GOOGL) has been building up YouTube into more of a threat to Netflix by adding YouTube Red, a $10 a month subscription service that offers ad-free video as well as access to professionally made original content.

Apple buying Netflix would make it easier to fight off these powerful and aggressive rivals.

Apple, meanwhile, would get even more out of a deal for Netflix. It addresses the root cause of why investors have dropped Apple stock more than 20% since November.

One thing we know is that Apple very much wants to be in the business of streaming video. Last year the company was expected to announce a "skinny bundle" service that would cost $30 to $40 a month and include about a dozen or so "core" channels.

But that never happened because Apple could not reach an agreement with the content providers.

Netflix already has deals with many content providers. That, and the added leverage Apple would have as the owner of Netflix, can only help at the negotiating table. But just owning Netflix would transform Apple from a streaming video laggard to a top player overnight.

Of course, that still leaves the question of why Apple covets streaming video in the first place.

That gets back to Apple's recent iPhone troubles. The device has become a victim of its own success, with growth getting much harder to come by. The iPhone business still has some avenues for growth (markets like China and India, the expected 4-inch iPhone 5SE), but the company clearly needs to find a new source of revenue.

At least one strong possibility is subscription services. Apple started down this path last year with Apple Music, its $10 per month music streaming service.

A video streaming service would take this strategy to another level – and has more earnings potential than you might think.

How Apple Video Would Revive Growth

It's true that right now the Netflix addition of less than $2 billion of revenue per quarter would not move the needle for an earnings behemoth like Apple. But the streaming video market is a growth market.

A full-blown Apple Video service would include the Netflix model as well as Apple's ambition of an Internet-based service of live channels.

Ideally, such a service would include bundles of services that customers could pick a la carte. You could have Netflix plus the skinny bundle, or even a triple play of Apple Music, Netflix, and the skinny bundle of live channels – with discounts for the combinations.

As cable TV customers well know, those add-ons add up, even with discounts. For Apple, it would mean steadily increasing average revenue per user (ARPU).

According to Pacific Crest Securities, the U.S. video ecosystem alone is worth about $185 billion in annual revenue. As viewer habits increasingly shift to Internet-based models, a company strongly positioned in that market stands to reap massive profits.

If Apple's ARPU is just $40 a month, you're looking at annual video subscription revenue of about $96 billion. Now that would move the needle.

Assuming Apple made the service multiplatform (as Netflix and Apple Music are now), an Apple Video service wouldn't exist so much to push hardware sales as to provide a steady, reliable flow of monthly revenue.

The Bottom Line: Pundits continue to debate the wisdom of Apple buying Netflix. But streaming video is a rapidly growing market. Buying Netflix would position Apple perfectly to reap lucrative subscription revenue from this market. And that would deliver the growth Apple needs as its iPhone business begins to flatten.

The iPhone's Not Dead: Wall Street believes that Apple has reached peak iPhone, which is why the stock is down in 2016. But that notion is a bit premature. The iPhone still has room to grow in places like China and India, and continues to lure away Android users. But next month Apple will announce a new iPhone that will jump-start sales – and send Apple stock moving up again…

Why would Reed Hastings, founder and CEO want to sell or retire? He is not going anywhere, so Apple is going to have to find a different way to restore growth. Pretty hard to come by in any case.

This will be devastating for us invalids who only live on social security. It's bad enough that we have to have internet service to get our Netflix (currently $8.99/mo); but unless they grandfather in our rate, we won't be able to get Netflix anymore. It may be good for investors, but it's devastating for us.