It looks like traders are selling on the rallies and buying on weakness. The Dow Jones Industrial Average is poised for a second-straight day of declines after a solid three-day rally kicked off the week. As the weekend approaches, let's jump into what traders are chatting about this morning. 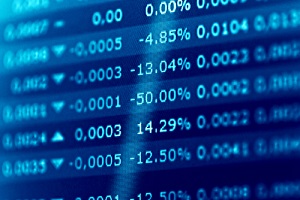 Here's a breakdown of why the Dow is higher this morning and what you need to watch later today.