In our last conversation, I said the market is greatly oversold so far this year.

I also said I'd get back to you with some of the more exciting bargains I'm seeing out there.

Here's a list of three life sciences stocks I believe are poised for a big rebound.

Because, despite the recent slump, that sector – which includes biotech – offers investors some of the best long-term opportunities for building wealth.

And that means you definitely want biotech stocks in your portfolio, especially now.

The market is already bouncing back.

The Other "Invisible Hand" 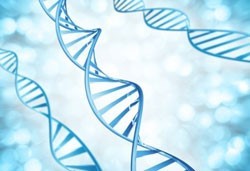 As a longtime tech investor, I generally steer clear of political controversy. I'm too busy hunting down big-gain opportunities from cutting-edge firms.

That doesn't mean I won't take note of political "games" if and when they affect the markets – or my readers.

In my mind, there's no question that politics are at least partly behind biotech's recent oversized losses.

Biotech's recent woes began in September, when Turing Pharmaceuticals raised the price of Daraprim, a 62-year-old anti-infection drug, from $13 a pill to $750. That ignited a firestorm in the halls of Congress, with several members calling for an investigation into why the price of an old drug would rise 5,670% overnight.

Then, in December, word broke that Turing's CEO, the much-reviled Martin Shkreli, planned a sharp increase on another drug he's involved with at a different biotech firm.

It bears noting that the Dow Jones U.S. Biotechnology Index bottomed out on Feb. 12, barely a week after Shkreli testified before Congress about the infamous drug increase (by "taking the fifth"). It's gained more than 6% since then.

That's great news for us because biotech and other life sciences firms offer investors excellent long-term potential. These are companies that are coming up with the blockbuster treatments that will save millions of lives and bring in billions of dollars in new sales.

Today, those graying baby boomers make up a huge market for new drugs and medical procedures. What's more, they'll continue to do so for at least the next 20 years.

That fact virtually ensures that demographics alone will provide a brisk tailwind to the healthcare industry for decades to come.

With that and the recent rout in mind, I've run a "deep screen" of the sector for some bargains based on relative price ratios.

You see, one way to find a bargain price is to focus on the PEG ratio – which looks at a company's price to earnings (P/E) ratio in the context of its growth prospects.

You don't need to master the technical details, but you should remember that a PEG of 1.00 indicates that a given stock is fairly priced. Anything below 1.00 means the stock is trading at a discount.

To screen life sciences stocks for those with big upside left, I turned to the professional trading platform at the heart of my premium Radical Technology Profits service, where I use it to find market-crushing returns.

To give you some idea of how well my system performs, just yesterday we took 36% gains on half of a small-cap satellite tech leader that we had held for barely four months. That gave us annualized returns of more than 100% in a sideways market.

Take a look at these biotech gems I've uncovered and listed in descending order of bargain prices.

Wall Street has been concerned of late that growth for Celgene Corp.'s (Nasdaq CELG) breakout cancer drug Revlimid has slowed. But sales are still expected to be at least 15% higher this year than in 2015.

The company also plans to release several new drugs by the end of the decade, reducing its reliance on Revlimid. Abraxane, a compound for pancreatic, breast, and lung cancers, saw sales grow 14% for the fourth quarter, and Celgene management expects an even bigger sales increase this year.

Analysts have a median consensus estimate of $144 on Celgene and a high-water estimate of $163. So we're looking at one-year gains between 38% and 56%.

Ordinarily, I don't pay a lot of attention to stocks favored by hedge fund managers. But this time I think it pays to do so.

John Paulson, the man who made billions shorting the housing industry before the crash, has targeted Mylan NV (Nasdaq: MYL) as a key investment. His Paulson & Co. healthcare fund owns 22.9 million shares of Mylan, with an estimated value of $1.2 billion.

Mylan is a specialty drug firm with a blend of some 1,400 generic and branded products. It accounts for one out of every 13 prescriptions filled each year in the United States.

Analysts have a high-water price of $76 on the stock, which would mean a 63% pop in one year. I think that's probably conservative.

In such a choppy market, you're always sort of on thin ice when it comes to forecasts.

That said, I'm going to venture out onto the floe…

Specializing in narcolepsy and armed with the drug Xyrem, Jazz should post double-digit gains for both sales and earnings. Bear in mind that the consensus among analysts is for the company to grow earnings by 16% a year over the next five years, meaning they should double over the period.

The company also is running multiple phase 3 trials for JZP-110 to treat patients with excessive daytime sleepiness due to a form of sleep apnea that covers about 85% of the 12 million Americans who have the condition.

Don't be fooled by the high "sticker price" that each of these stocks carries. As you've just seen, each is cheap on a relative basis.

On average, these three plays could hand you average one-year gains of around 69%.

Not too shabby for a beaten-down sector.

Meantime, I hope you will check back here often, as I am continuing to uncover more tech bargains in an oversold market.

As soon as I find more, I'll let you know.

Six Weeks from Now Is Crucial for Tech: Tech stocks have been hit harder than most in 2016, but tech's critical role in our everyday lives ensures the sector won't stay down indefinitely. And just six weeks from now, a big market event could be just the catalyst needed to send tech stocks on a rebound…