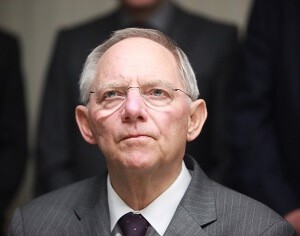 Schaeuble directed his warnings in particular toward the U.S. Federal Reserve. He believes its inconsistent communications with the public do nothing more than destabilize markets.

For example, Schaeuble said he did not understand recent statements made by the Fed, which had said in December it was planning to tighten its monetary policy "before giving indications in the other direction four weeks later," reported Channel News Asia earlier today.

When asked by Bloomberg Television on Feb. 8 about his feelings on the possible demise of Germany's chief lending institution Deutsche Bank AG (ETR: DBK), Schaeuble simply shrugged and said he had no concerns.