The TV talking heads, most of whom have never advised an actual oil company, or who may have an ulterior motive, were out in force Tuesday.

As one, they were once again pointing out that the Russia-OPEC oil production "freeze" is not a production cut.

They also said that freezing production at January levels, the highest in recent memory, puts the bar quite high.

But, once again, they couldn't be more wrong.

You see, the talking heads are missing the bigger picture. What the oil market is experiencing right now is not a supply problem…

It's a supply expectation problem.

Having spent some four decades in this business, and advised numerous oil companies and governments, I know…

The last time this happened, oil was over $100 a barrel…

Psychology, Not Supply, Is Key to Oil Markets 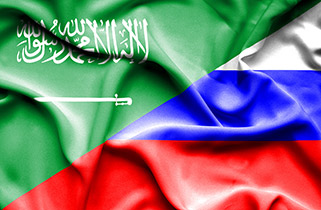 Much of what we're seeing in the oil market right now is psychological. Everyone knows that there are additional extractable reserves that can be brought to market at any time.

That means the market can't reach equilibrium. In this kind of environment, it is all too easy to short oil and drive the price back down.

Tuesday's crude price performance indicated this all too well – oil may be finding a bottom, but in this environment it's not going to spurt up anytime soon. After rising almost 8.5% last week, crude settled down 4.5% Tuesday.

Now, last Friday also marked the end of one futures front-end month contract and the advent of another.

In other words, the listed price for oil that shows up on computer screens all around the world rolled over from one contract to another. As they may be trading at different levels when this "roll-over" happens, this complicates the volatility situation, especially when conflicting signals are running through the market.

But the essential point remains unchanged: We don't need all of the excess oil supply to be taken from the market.

After all, less than 18 months ago, a similar supply situation had very different consequences…

About a year-and-a-half ago, Cushing, Okla. – the main confluence of pipelines and the location where the NYMEX pegs the West Texas Intermediate (WTI) crude price – had historically large stockpile surpluses. At the same time, U.S. oil production was rapidly rising.

And yet the domestic crude price was over $100 per barrel.

In other words, supply itself isn't key – instead, the important thing is where the market thinks supply is going.

And that's where the oil production freeze comes in.

For oil prices to rise and remain at a higher level there needs to be a way of addressing the market's perception of the supply side of the equation.

Here's what I mean. The pundits have been hammering away at how much excess supply there is worldwide. On its face, at least, that is correct (and obviously so). Yet that alone is not the problem. Excess supply can always be absorbed by increasing demand.

In fact, the Saudis have been lately saying as much when they suggest that a production cap will ultimately result in higher prices as demand rises to meet a now predictable supply of oil on the market.

That's what the talking heads keep missing about the Russia-OPEC production freeze.

Of course, the Saudi position is also a thinly veiled attempt to prevent an actual production cut. After all, the country's strategy hasn't changed…

That was the rationale behind the November 2014 OPEC decision to hold the line on production. This amounted to sacrificing over 60% of the price of crude in an attempt to drive competitors out.

The main targets here were traditional producers in Russia and unconventional (shale and tight oil) producers in the United States.

In the process, however, all OPEC national budgets have come under strain as revenues have declined with the lowering oil price. "Basket case" economies like Venezuela, Libya, Iran, and Nigeria have been reeling, with Venezuela facing the kind of civil unrest that is usually the harbinger of civil war.

Russia, on the other hand, has until recently remained defiant, despite pulling back a bit in competition for the Asian market (a primary target of the Saudis to begin with). However, with the national budget dependent upon an average price of oil well above $70 a barrel (more than twice what it is now), domestic expenditures have been cut, and the ruble is declining in exchange value.

Moscow has begun to blink.

The Russian Ministry of Energy first intimated and then flat out said it would support a production cap using January levels as its barometer.

U.S. Production Will Go Down – but Not Much

Meanwhile, American oil production (the other Saudi objective) has actually increased even as the number of companies operating in the sector has declined, forward capital expenditures have been reduced, and drilling rigs in the field have been cut by almost 70% over the past 18 months.

This apparently paradoxical result comes from a revolution in technical breakthroughs and field practices, multiple well pads, and a greater emphasis in shallow vertical drilling. All of which has dramatically lowered the actual cost of production while improving the extraction per well.

Even so, small U.S. companies are now hitting a debt wall, with some larger entities likely to follow in short order. The oil price remains too low to allow producers the luxury of running operations cash-poor and making up the difference with debt, which has been the prevailing situation for the past two decades.

This will increase bankruptcies in the sector while accelerating another round of mergers and acquisitions.

But even here, I expect U.S. production to shave only a few hundred thousand barrels per day throughout much of this year. With excess production now running at some 800,000 barrels per day above global requirements, that is hardly enough.

A genuine supply reduction needs to come from elsewhere, and that is not in the cards – at least short term.

So the fallback has become a production cap, and OPEC's ally here is Russia.

There's a good reason for that…

As I noted a month ago, it is very difficult for either the Saudis or OPEC to affect U.S. producers because of the decentralized nature of the American oil sector. There are no direct ways in which any central government can determine oil policy for the American private oil sector, and there are no national oil companies here through which Washington could dictate change.

The United States – unlike Russia and OPEC – also has the advantage of a highly diversified economy, not reliant on just oil and gas.

Any change to American oil production, then, will come largely from the bottom up. It will take time for the market to digest these changes and then revise expectations and activity.

Not so in Russia. There the connection between the needs of the national budget and oil is direct, and policy is controlled by the Kremlin, directly administered to the oil sector, and the national companies guarantee that the policy is followed. Crying uncle in this situation has a much more immediate impact.

With Russia now starting to blink, Saudi Arabia is smelling at least a partial victory in the fight for market share. And with the announced production freeze, market expectations are starting to change enough to relieve some of the downward pressure on oil.

That's the psychological elephant in the oil market that the TV talking heads seem intent not to notice.

Three Pressing Energy Investing Questions, Answered: The energy sector's seen a lot of action lately, and investors have questions. We answer three of your most pressing energy questions right here, including an update on one promising company about to jumpstart U.S. liquefied natural gas exports…