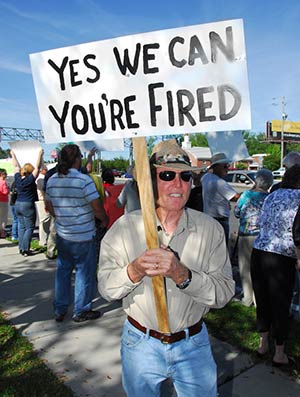 Yes, the Republican establishment is uncomfortable with the idea that front-runner Donald Trump has an excellent chance of securing the nomination.

But it wasn't until recently that a few of the party's well-off elite have ponied up cash to slow down Trump's campaign momentum...

But to no avail - the real estate mogul took New Hampshire with 35.9% of the vote and South Carolina with 32.5% of the vote.

Then four days ago, Katie Packer, former senior adviser to 2012 Republican nominee Mitt Romney and president of Our Principles super PAC, issued a memo imploring GOP pundits, leaders, and donors to band together to defeat Trump.

"No one has stopped [Trump] because no one has really tried," Packer wrote. She pointed out that only about 9% of the $215 million spent on ads and voter contacts in the White House contest so far has targeted the real estate magnate. 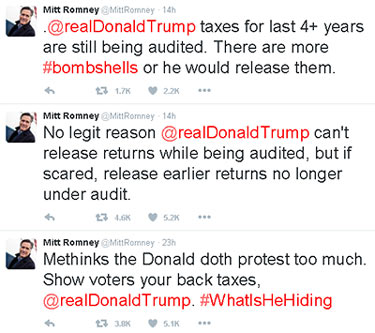 Meanwhile, Packer is again taking Our Principles' message to the airwaves. The super PAC launched a new series of ads ahead of Super Tuesday (March 1), USA Today revealed yesterday. The commercials will run nationally on FOX News and CNN but can also be seen on YouTube.

The first volume in its series highlights Trump's "liberal history" with government-run healthcare and abortion.

Our Principles super PAC is joined by the anti-tax super PAC Club for Growth in its attempt to take down Trump...

Club for Growth likewise released an anti-Trump ad highlighting the billionaire businessman's questionable financial record. In an interview with CNN on Tuesday, David McIntosh, Club for Growth's president, stressed the importance of exposing Trump's bankruptcy issues. McIntosh said that though Trump may have survived such fiscal turmoil, others were left "holding the bags" and out of work.

China Warns the U.S.: China warned the United States not to adopt punitive currency policies that could disrupt U.S.-China relations. The Red Dragon's cautionary advice came after GOP favorite Donald Trump won Nevada's caucus with a landslide 45.9% of the vote and 14 of its 30 delegates. Here's what the Red Dragon had to say...

Republican 'establishment' = the red version of zio goldman sucks neocon whatever POS losers. The best thing about DT is he wasnt part of the 'plan'. We the PEOPLE are going to take our nation back. Either join the counter-revolution, or get out of the way and get lost.

Conservative Republicans have let us down. Trump at least excites people to join them and grow the party. They should not be eating their own in public.

I find it despicable that Mitt would bow to Republican Party pressure to attack Donald Trump. Lets face it, the old farts in the Republican Party are scared. Scared that Mr. Trump will upset their lazy, corrupt way of big government life. Donald Trump is paying his own way and will not be beholding to the special interest groups like all the rest of these career politicians and that scares these life-long government leeches. Change is hard especially when you are at the top where life is good. Mitt, you had your chance to run for president in 2016, you chickened out. If you want to run, then throw your hat in the ring and see how you fare against Donald, but don't stand on the sidelines and throw insults. The number of US Citizens voting for Donald shows we are all sick of career politicians and their inability to do what needs to be done to make this country great again. If the Republican Party leadership can't figure that out, maybe they should just get out of the way.