When we talked last Tuesday, I showed you how the market's retreat has produced several great bargains in the biotech sector.

I also said I had my eye on other market segments where tech shares are selling at steep discounts.

Today I want to continue our "bargain hunting" by telling you about three great software stocks that have fallen in value because they've fallen victim to Wall Street's hair-trigger herd mentality - what I'm calling the Great Software Sell-Off of 2016.

As bad as that sounds, it understates the carnage. Indeed, over the last few weeks several software companies found their stocks down by more than 12% in a single session.

But here's what you won't hear from the mainstream financial media: Some of these stocks are down for no good reason.

That's excellent news, because we can turn this overreaction to our advantage by investing in market leaders at discount prices.

In fact, we can grab a handful of software stocks that I expect will double your money before the decade is out. 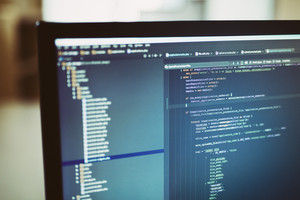 Having served as a senior advisor to small-cap Silicon Valley firm Callidus Software Inc. (Nasdaq: CALD) - in fact, working directly with the former CEO - I've seen the software industry operate from the inside.

And one of the things I learned from my time at Callidus is just how pervasive software is throughout the entire global economic ecosystem.

You need it to run everything from your smartphone and PC to your video-game console, your favorite social networks, all your apps, and your web surfing and online transactions.

I've also seen the way that key players in this sector throw off cash, thanks to their high profit margins and low overhead. Remember, software firms don't have to invest billions in plant and equipment the way hardware companies do.

All in all, what I've seen has made me a lifelong advocate of investing in software.

And right now you have a unique opportunity to leverage a number of great software plays to add to your long-term gains and really beef up the value of your portfolio.

In other words, the long-term trend for software-related technology remains very bright indeed. And here are three companies with recent sell-offs that you can turn to your advantage.

The hard-charging, Seattle-based firm lost half its market value in a single trading session after it cut back guidance for the year by less than 2% from the midpoint of its earlier forecast.

That happened even though the company has posted a string of impressive sales increases. Last year, revenue rose 58% to $654 million. Since 2012, sales have increased 410%.

It's hard to exaggerate how badly Wall Street is missing the big picture here.

This is a company with great technology. Tableau specializes in the broad field of Big Data with a special emphasis on visually oriented analytics that can be shared via the cloud.

Co-founder and chief scientist Pat Hanrahan is a computer expert who taught at Princeton and Stanford universities. A co-founder of Pixar Studios, he's won three Academy Awards for his breakthroughs in computer graphics.

This is a quintessential growth firm with huge sales gains and weak profit margins. But I believe it still has plenty of room for a solid rebound.

This company specializes in customer relationship management (CRM). These sophisticated software tools help sales execs manage every aspect of how they interact with clients.

What sets this software winner apart is the way it has made an amazing transition to the cloud.

In fact, Salesforce.com Inc. (NYSE: CRM) is a bona fide trailblazer. Its first cloud-based offering debuted way back in 2000. Today, subscriptions - as distinct from products purchased outright or via license - account for 93% of revenue.

That's important because hosting and delivering applications over the web is much more efficient than sending out products on CDs.

Salesforce says that 97 of its top 100 clients now use more than one cloud service.

This is a very well-run firm. In 2014, Fortune ranked the company first in software among the "world's most admired companies." Forbes has listed the firm as one of the "world's most innovative companies" for four years in a row.

But, just like with Tableau, 2016 hasn't been kind to the stock so far. Beginning Jan. 4, it fell some 25% before bottoming out Feb. 9. Wall Street clearly got it wrong on this one - and I can prove it.

On Wednesday, the company announced a 25% increase in fiscal fourth-quarter sales to $1.8 billion and also raised guidance for the year. That sent shares up 11% yesterday.

And that could be conservative. After all, over the past three years, sales have increased by an average 31%.

And fourth-quarter, non-GAAP earnings jumped 36%. If earnings grew at even half that rate going forward, profits would double in four years.

Founded in 1982, Adobe Systems Inc. (Nasdaq: ADBE) ranks as the world leader in software used by photographers, designers, artists, and illustrators. Adobe products are used all around the world every single day to create sales brochures, newsletters, magazines, and websites, as well as to edit and manage photos.

In fact, it's virtually impossible to use the web for long without putting to use Adobe's iconic Personal Document Format, or 'PDF.'

As the Silicon Valley firm executed a smooth and profitable transition to a cloud-based sales model, it saw subscription revenue climb to more than $2.5 billion for fiscal 2015. That's a 10-fold increase in just four years.

And while we're mainly attracted to Adobe as an investment because of its software, don't forget that the company also offers investors a solid play on the mobile revolution.

Roughly 65% of people today use a smartphone as a primary camera, and nearly half of all creative professionals use mobile devices to capture and create content.

Beginning on Feb. 2, the company fell victim to the "Great Software Sell-Off."

The stock opened today at $86.01, giving it a market cap of $42.71 billion. Analysts are projecting earnings growth of 33% this year. If Adobe just maintained half that rate going forward, earnings would double in the next four-and-a-half years.

I believe the data shows that all three of these stocks could double by the end of the decade - that's a 100% return in less than four years.

Now you know why I'm so excited about the buying opportunities the market's retreat is handing us.

The Best Way to Play Biotech's Comeback: The market sell-off has beaten down drug firms, but that opens great buying opportunities at steep discounts in this multibillion-dollar sector. These three firms will lead the way - and potentially hand investors their biggest gains of 2016...