Throughout the long decline in crude oil prices, much has been said about how the oil and wider stock markets seem to be joined at the hip. Movement in one tended to be mirrored with a similar move in the other, especially to the downside.

Common sense suggests that some signals would affect both. Lower energy demand signals slower economic growth, and so should push down both oil prices and stock markets in general.

But that's not what we've been seeing lately.

Instead of these broad trends pushing both stocks and oil in the same general direction, the two have instead been moving in almost lockstep connection. When one moves, so does the other, no matter the reason.

It seems common sense isn't in charge of the markets any more... 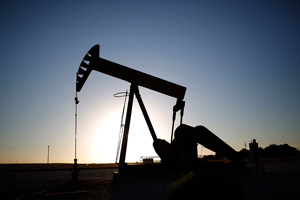 Not so long ago, it was the norm that a decline in oil prices for any extended period of time would actually result in a rise in oil usage (and by implication a rise in other energy as well). The reasoning was simple. The cheaper energy is, the more of it markets tend to use.

In turn, that would be regarded as an indicator of accelerating economic activity.

Similarly, geopolitical tension threatening oil supply or an international accord to cut crude production, thereby applying upward pressure on oil prices, would also have a rather immediate impact on many stocks.

Well, this was in the days when a standard equilibrium was sought between supply and demand. The assumption was that investment patterns paralleled market price.

When the price went up, it signaled insufficient supply in the face of rising demand, thereby obliging additional spending in crude production. Downward prices would indicate too much supply, resulting in declining forward working capital requirements.

Not so these days.

Supply Is No Longer a Concern

As you've seen before in Oil & Energy Investor, for the first time I can remember in decades of experience in the energy sector, half of the traditional supply and demand equation is no longer an issue.

Thanks to massive unconventional oil discoveries, improvements in technology that have reduced wellhead costs, and rising volume surpluses, supply is no longer an issue.

That does not mean we will never see short-term disruptions in the market, resulting in oil price swings in either direction. But it does mean that the market now assumes that there is plenty of additional supply sitting in extractable reserves able to be lifted up on short notice.

This translates into a presumption that the market is so awash with oil that if there was even a slight ripple down in the demand for oil, that would be enough to drive the price of crude south.

Yet that is hardly enough to establish this close connection with broader market performance. For that, we need to take a look at how oil is being traded...

The Stock-Oil Connection Is Artificial

Much of this is at least indirectly a result of artificial factors - everything from derivatives (bearing no relationship to the actual underlying value of oil, but heavily influencing the trading of futures contracts nonetheless), through computerized trading, to the Fed putting the entire market out of focus with an artificial multiyear stimulus package.

These days it is easier to convince investors that prices are going down than that the prolonged bull run has legs left. And this results in a golden opportunity for short plays bridging a main commodity like oil with a broader stock or market index.

A short is held in the belief that the underlying holding (stock, commodity futures contract, interest spread, etc.) will decline. An investor borrows an instrument from a broker, immediately sells it, buys it back at market later, and returns it to the source.

Here is how shorters make money. Say a stock is selling for $10 a share and a short player is convinced it will decline. She borrows the stock, sells it at market, and makes $10. Later the stock declines to $8. The investor goes back into the market, buys back the share, returns it, and has pocketed a $2 profit.

Options will also be run for large positions as insurance against major swings. Of course, these simply magnify what the short moves are doing to the market without any genuine basis in underlying indicators.

Short positions betting that oil on the one hand or a stock (or stocks) on the other will decline lend themselves well to harbingers of doom on TV and hedge funds interested only in yo-yoing one or the other for a quick buck. If they come on the air, cry the sky is falling, and others believe them, they hear "ca-ching" all the way to the bank.

When these guys get it wrong - and they are on the "short" end (every pun intended here) at the moment - those shorts have to be covered to avoid huge losses. That will then intensify the apparent "recovery."

There is a simple reason for this...

If an investor gets the short move wrong and the underlying instrument starts to accelerate up rather than down in value, there is theoretically no limit to how much can be lost. Remember, whatever the short is based upon, be it shares in a company or something else, it must still be bought back and returned.

That process of buying back the underlying security is called "covering" the short.

Much of the current rise in oil prices can be ascribed to this process of short covering. Take the benchmark crude rate used for futures contracts on the NYMEX, called West Texas Intermediate (WTI). Through close of trade Thursday, WTI was up 11.6% for the week. As of 11:30 a.m. Friday morning, it was up another 2.4%. It now stands at levels not seen since Jan. 6.

The underlying actual price of crude may be recovering, but the degree of the advance over the past several days is largely coming from short sellers covering their shorts in the face of big losses.

In other words, just as the shorters first amplified oil's slide, they are now accelerating oil's recovery in a frantic attempt to cover their shorts.

A certain amount of shorting is common to trading markets and can actually provide a buffer against high volatility.

But when they become an end in themselves, they translate into a massive dislocation.

In this case, they have been operating in both oil and stocks, overemphasizing the normal connection between energy demand and broader economic performance.

With Stabilizing Prices, the Short Game Gets Dangerous

The most direct way for energy and more expansive economic considerations to trade on their own merits is for the short margins to be squeezed. In oil this does not need to be a sudden spike in prices.

All you need is for prices to stabilize.

In the current scenario, I have said we should see WTI at $42 to $45 a barrel by June. Unless the Chicken Littles of The Sky Is Falling Brokerage can push it down to the low $30s again, there is little gain and a higher risk in running large short positions.

The same is true for stocks related to energy.

There will be no underlying "fundamentals" from the market justifying another race to the bottom for oil. If a fall like that does happen, look to the guys playing games at hedge funds in southern Connecticut but spending summer weekends in the Hamptons.

How to Profit from Oil's Great Turnaround: The global energy balance is shifting to favor alternative energy sources, but make no mistake: A sustained rise in oil prices is coming. This one strategy will get you perfectly positioned to capture the biggest possible profits from oil's rebound...

I live in S. Louisiana. People in the business feel the pain and nobody down here knows the direction of oil prices, but everybody has an opinion. Some say higher and some lower. Why is your opinion better?