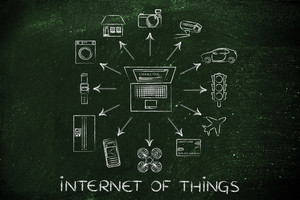 Despite the sluggish performance, Money Morning remains very bullish on AMZN stock. In fact, we just uncovered a $14.4 trillion industry that Amazon is targeting with an exclusive partnership. And almost no one is talking about it...

But before I get to this trillion-dollar industry, I want to make sure that Money Morning readers know exactly why the Amazon stock price has been so volatile in the last 12 months...

First, Amazon's 2015 Q4 earnings report has investors worried about what is in store for the rest of the year...

Although revenue increased by 22% from the same time a year ago, Amazon did not meet Wall Street's expectations for Q4. Amazon reported earnings per share (EPS) of $1 on $35.75 billion in revenue. Analysts had expected $1.56 on $35.93 billion in revenue.

Concerns over volatile oil prices, fears of slowing growth in China, and the threat of the federal government imposing negative interest rates are all weighing heavily on the global markets.

Amazon stock has not been immune to this global sell-off, and investors are starting to fear that Amazon could continue much lower.

In fact, he sees this as an opportunity for investors.

The Amazon stock price is up 2.6% in intraday trading today (Tuesday), but we see it climbing much higher. That's because the company is making major strides in an industry that is poised to hit $14.4 trillion in sales by 2022...

At the Consumer Electronics Show (CES) in Las Vegas in January there was an announcement that was widely overlooked.

At CES, Ford Motor Co. (NYSE: F) announced that it will be integrating Amazon's smart-home device, Echo, inside of its vehicles.

Now, it's true that the current uses of Amazon Echo are basic. You can command the device to play music, read books, and tell you the news, among a few other features.

But the future applications, like the partnership with Ford, are what makes this such an exciting opportunity...

The Echo will not only allow you to start your car from your couch, but you will also be able to set a timer for the exact moment you want your car to start. The Echo will allow Ford owners to set internal temperatures, as well as the charge levels on electric vehicles and fuel levels on regular vehicles.

Aside from using Echo for your vehicle, you will also be able to use it for your home from your car. When you're driving back from work, you can use Echo to open your garage or even turn your porch lights on.

Ford has yet to announce when Echo will be available in its vehicles.

The Echo may just be in its infancy, but it is part of the burgeoning Internet of Things (IoT) market.

Cisco Systems Inc. (Nasdaq: CSCO) projects that the global IoT market will be worth $14.4 trillion by 2022.

Money Morning Defense and Tech Specialist Michael A. Robinson believes Amazon stock is great for long-term investors because of how CEO Jeff Bezos identified the importance of IoT and Infrastructure-as-a-Service (IaaS).

You see, creating a technology infrastructure can cost hundreds of millions of dollars. Bezos believed that companies would rather rent infrastructure than build it from scratch, and Ford's partnership with Amazon clearly shows Bezos' bet is paying off.

The Bottom Line: The Amazon stock price has been very volatile over the last 12 months. While the company did disappoint on its latest earnings report, Amazon's growing foothold in emerging industries make AMZN stock a great investment for long-term investors. Amazon's partnership with Ford is just an early glimpse of how the company is going to dominate the Internet of Things market, a market projected to be worth $14.4 trillion by 2022.