It's a question that hundreds are asking across social media platforms right this very minute: Will Ted Cruz drop out of the presidential race?

That's because earlier today — on Super Tuesday — The Washington Post tweeted that, according to CNN, the Texas Senator will, in fact, do just that… as soon as tomorrow.

And Cruz will do so in order to seek a seat on the U.S. Supreme Court. 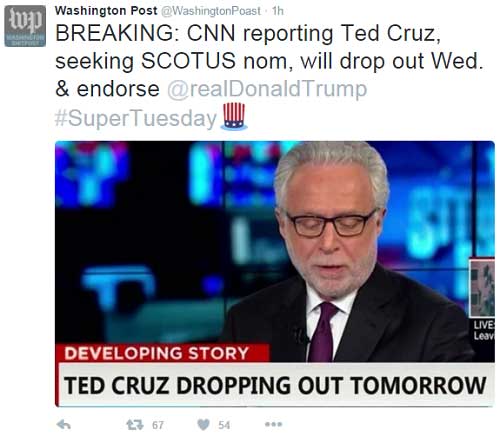 However, many on Twitter speculate that this breaking news about Ted Cruz dropping out is actually just a Donald Trump trick in disguise. 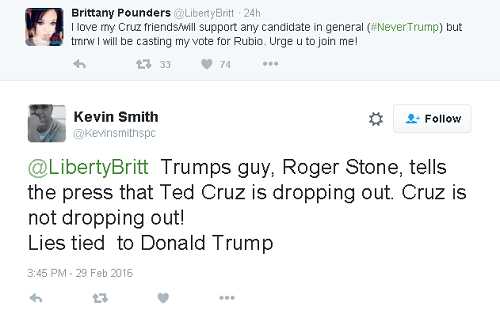 There is conjecture that Trump's campaign may have started the fracas because of the trending hashtag "#NeverTrump" that surfaced earlier today. 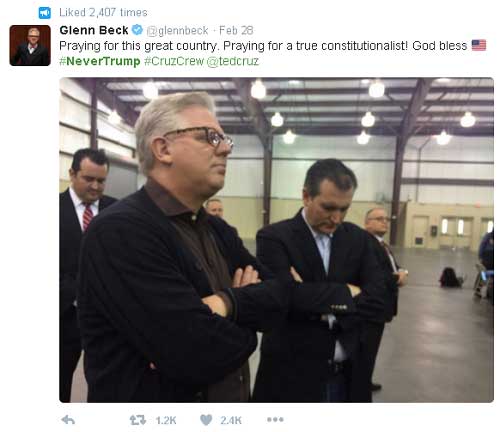 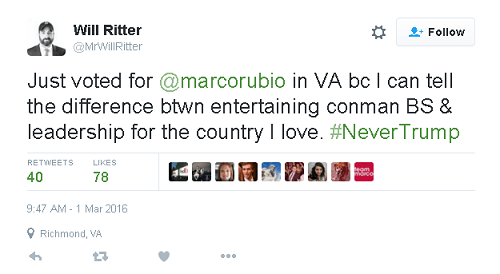 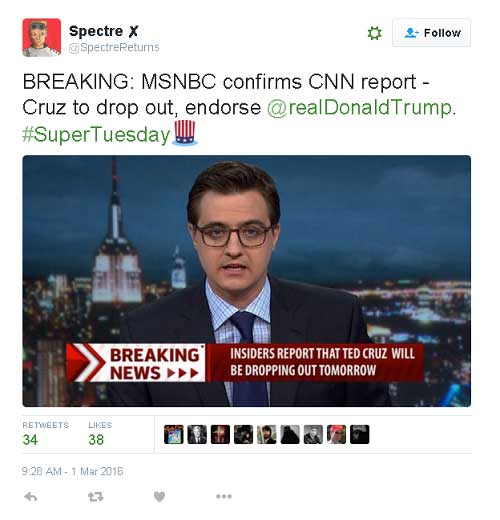 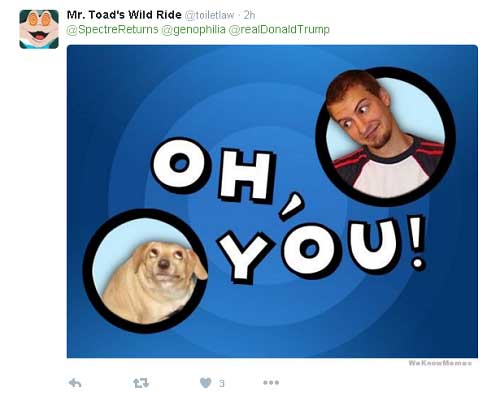 What a Lower Yuan Means for Your Money: The Chinese yuan tumbled to a three-week low against the U.S. dollar and that's having a ripple effect throughout global markets. China's central bank cut reserve requirements for most major banks today in a move aimed at boosting growth in the world's second-largest economy. But will it work?

How can this article be written on March 1st when it is only the 26th of April? This whole entire story is complete and utter bull.