There's no point in spending your money on a trade if you don't know how well a company is doing.

And just because a company may seem like it's "too big to fail" doesn't mean it can't.

No matter how large and popular a business may seem, it simply cannot survive if its growth is dwindling or stagnant.

You'll want to read about this investing tip before it's too late...

The Understated Importance of Earnings and How They Affect Your Portfolio 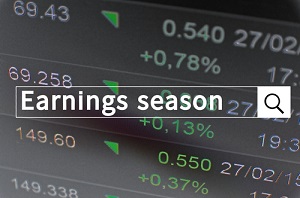 As someone who's been trading for over 25 years, I've seen and made my fair share of mistakes.

One of the biggest that you can make - as an investor or trader - is neglecting earnings. A company's earnings are released every quarter and tell you how profitable that company has been during the specified time frame.

And would you put your money into a company that consistently reports poor growth?

The answer to that question seems easy...

Yet a lot of traders and investors still neglect earnings for a variety of reasons. The main culprit, though, is emotion.

Now, it can be exciting to see a stock like Priceline Group Inc. (Nasdaq: PCLN) skyrocket 130 points in a day. And it can be challenging to resist the urge to jump right into a trade on PCLN. But you should be making your trading decisions based on research and strategy - and not on emotion.

And while this may be hard to believe, trading should not be exciting.

I understand that making money can make you feel a lot better about your day than losing money. But the more you can condition yourself to leave your emotions at the door when trading, the more success you will have as a trader. If you find that your trading experience is a high-adrenaline one, then I encourage you to contemplate why you're trading - and if you should continue.

Before we continue, let me share with you a little story about earnings and emotion...

Say, for example, you bought an option on Walt Disney Co. (NYSE: DIS) without looking at earnings first. You were excited about the expectation that it would move five points higher over the next three weeks. And in the first two and half weeks, DIS went on a three-point run.

But toward the end of that second week, the stock tumbled 15 points upon the opening of the markets.

You searched the Internet madly find out what happened...

Instead of including earnings when doing your research, you got caught up in your excitement that the trade seemed to be a winner. The worst part is... you could've avoided this outcome by simply focusing more on earnings and less on your excitement (your emotion) about the potential gains you were eyeing.

The point of this story is that stocks react strongly prior and post earnings. And if you're not paying attention, the consequences to your portfolio could be grave.

Now let's talk about what you should look for specifically when it comes to earnings...

Three Key Factors to Know Before and After Earnings

Earnings Factor No. 1: A Stock's History

Knowing how a stock has moved pre- and post-earnings can be very helpful in determining your course of action. This information will help you anticipate if a stock moves upward or downward - which will tell you what your next move should be.

Below is an image of some of the proprietary options analysis tools I use that help me ascertain whether or not I should open a position, close a position, or hold a position based on earnings. There are a lot of resources out there that you can use to give you the history of a stock, such as Yahoo! Finance. Here's an example of what you would see - using DIS as an example - when looking at a stock's historical prices on Yahoo! Finance: By checking the historical prices, you can get an idea of how the stock moved before and after earnings were announced - which will give you an idea of what to expect in the future.

And this leads me to the second key factor...

We recently talked about IV (the expectation of how a stock will move in the future). Typically, stocks have a greater IV before earnings are announced, largely due to market speculation as to whether the company will have a good or bad earnings report.

This brings me to the third key factor...

Earnings Factor No. 3: Your Trading Type

You also need to know what type of trader you are so that you'll know what action to take. If you're a conservative trader, then you might consider getting into an options trade before earnings are announced. This way, you'll already own the stock before the IV ramps up heading into earnings, thereby driving up the price you'd otherwise pay.

The goal of the conservative option trader in this scenario is to sell at a profit by market close the day before earnings are announced.

Now if you're an aggressive trader, you might consider holding your position through earnings in anticipation of a pop or drop in your direction. If you are holding calls, you'll want the stock to pop up in price significantly. What I mean by significantly is that you'd want the stock's price to pop high enough to stay in-the-money so that no matter what happens to the IV, the profitability of your trade is not adversely affected.

The same works reversely. If you are holding puts, you'll want the stock to drop in price significantly so that the IV after earnings are announced will not affect the profitability of your trade.

The goal of the aggressive option trader in this scenario is to sell at a profit by market close the day after earnings are announced.

Regardless of your trading type, I am a strong advocate of studying these three points before making a trading decision before or after earnings are released.

How to Tell If a Trade Is Worth Your Money: In this environment, knowing whether a trade if worth your money can make or break your wallet. Here's some good news: With this indicator, you can forecast how much a stock will move in the future before you spend even a penny...