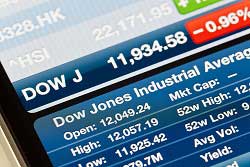 Unless a significant event happens, look for the Dow Jones Industrial Average today to take a bit of a breather as investors prepare for tomorrow's release of the February jobs report. While a weekly jobless report will offer some hint of what we might expect tomorrow, the unemployment rate is likely to have a significant impact on the  U.S. Federal Reserve's pending decision on interest rates on March 16.

With so much happening this morning, let's tackle your top stock market news, stocks to watch, and economic calendar for March 3, 2016.

Here's a breakdown of why traders are being cautious this morning:

With futures down this morning, investors wonder if we're heading for a stock market crash, correction, or bear market. Here's what our Money Morning experts predict will happen in 2016...