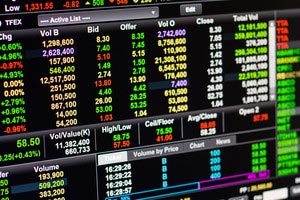 Interest rate chatter is all the rage again, as central bankers around the world hold the Dow Jones Industrial Average hostage. This morning, traders are awaiting another meeting among financial ministers of the European Central Bank, where markets expect (what else!) more financial stimulus. Meanwhile, even with negative interest rates and round-after-round of monetary stimulus efforts, economists expect the Bank of Japan will slash its growth forecasts for the next fiscal year.

With the markets in motion, let's tackle your top stock market news, stocks to watch, and economic calendar for March 7, 2016.

Here's a breakdown of news that could move the Dow Jones today: