The excitement for a Snapchat IPO is growing, and Snapchat already has a $16 billion valuation even though it was formed less than five years ago. 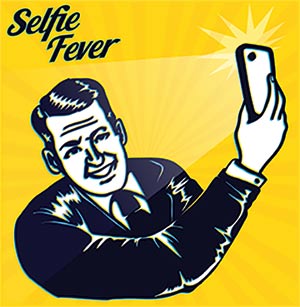 Of course, the Snapchat news today (Tuesday) is going to send the demand for Snapchat stock even higher...

IPOs, especially tech IPOs, cause a lot of excitement. But because the Dow Jones Industrial Average and Nasdaq are down 4.83% and 4.92% in the last 12 months respectively, investors are wondering if the Snapchat IPO is a good investment.

But before I get to that, I wanted to make sure that Money Morning readers were fully aware of when the Snapchat IPO date may take place and the valuation of the company.

In May 2015, Snapchat CEO Evan Spiegel announced that the company has plans to go public, but he did not give an official Snapchat IPO date.

What we do know is that Snapchat has a massive $16 billion valuation. And Snapchat is still raising money...

The Snapchat IPO date could come as early as 2016, but is this a stock you're going to want to invest in? Here's how we recommend playing Snapchat stock when it comes on the market.

The Snapchat IPO Will Only Reward a Certain Type of Investor

There are big names like Alibaba and Fidelity investing in Snapchat.

But let's pause a minute, take a breath, and look at what really happens when an investor buys into an IPO.

When investors first hear about an upcoming IPO, especially within the tech industry, they start to develop FOMO (fear of missing out). There are still those who are kicking themselves for not buying Facebook stock during its IPO, as FB stock has returned over 181% since its offering.

Investors then vow to not miss out on the next big thing...

But IPOs do not reward retail investors. Only large institutions and big investors make money off of IPOs.

Money Morning Chief Investment Strategist Keith Fitz-Gerald believes the odds are just too stacked against you...

"IPOs are little more than a get-rich-quick scheme that's so heavily stacked against you that it makes the house odds in Vegas seem downright conservative," stated Fitz-Gerald. "I say that because you are literally the last in a long line of people who are going to profit from the IPO process."

But the excitement and hype behind the Square IPO quickly vanished. The Square stock price opened at $8.27 on Feb. 9, which is a 26% drop in just three months. If you bought SQ at its closing price of $13.07 on Nov. 19, your investment would have plummeted by 36.72%.

SQ is currently down 8.11% in the last six months.

In a volatile economy, it's important to protect your wealth. While Snapchat's revenue growth is impressive, Money Morning readers would only be buying into an inflated and over-hyped Snapchat stock price. Let Snapchat earn your money through impressive earnings reports before you invest.

The Bottom Line: The Snapchat IPO is imminent, and the social media app already has a valuation of $16 billion. But the only people who make money off of IPOs are institutions and big-name investors. The general public doesn't have the same opportunity to cash in on a Snapchat IPO.