The escalating legal battle between Apple Inc. (Nasdaq: AAPL) and the Federal Bureau of Investigation (FBI) is drawing out some strong emotions and, more importantly, persuasive arguments from both sides.

And yet, the issue is much more than a mere legal test case; this Silicon Valley contretemps carries ramifications for everyone who owns (or wants to own) a smartphone, tablet, or laptop.

You see, I believe this dispute is nothing less than the most consequential privacy rights showdown of the 21st century.

But, however this case shakes out, the tech landscape will be altered forever, and that's going to impact technology investments right across the board.

That's just one of the reasons why nearly every single major Silicon Valley firm has lined up behind Apple.

All of these companies and their shareholders have a lot riding on the outcome, so let's take a look at who I think will prevail in the end…

At first glance, CEO Tim Cook appeared to be losing – at least in the court of public opinion.

After all, it's hard for a majority of Americans to believe that the iPhone 5C owned by Syed Rizwan Farook – a terrorist who, together with his wife, Tashfeen Malik, slaughtered 14 innocent people – should be shielded from federal investigators.

As if to underscore the point, a couple of weeks ago Pew Research reported that 51% of those surveyed believed that Apple should help the FBI unlock Farook's handset. Apple had the backing of 38%, and 11% were unsure.

I bring up the public relations battle so you know that I'm not making this next statement lightly.

Based on the evidence to date, I believe Apple will win this case.

Because regardless of public opinion, the legal momentum clearly favors Apple.

Taking a Stand for Freedom and Liberty

Not many folks know it, but this fight has been brewing for more than a decade.

It began in 2005, when a Texas federal magistrate denied a request by criminal investigators to gain access to a suspect's mobile phone.

Since that time, federal magistrates – who are judges without life tenure and hear civil cases – have remained on the front lines of the struggle to protect digital privacy rights.

I believe these safeguards are paramount. That's because, as we all know, our modern mobile devices contain much more than texts, emails, and phone calls. 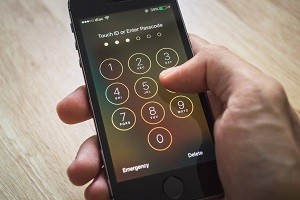 They also hold extremely sensitive data about our private lives – our finances… the state of our health… information about our jobs and employers… and the passwords to bank and brokerage accounts, among other things.

That's why I was concerned when the FBI was able to convince a federal magistrate to order Apple to unlock Farook's encrypted device.

Apple has appealed the ruling, saying it cannot directly gain access to a locked phone. The only way to do that is through a "back door" that doesn't exist right now, but could be created by writing code to gain access.

In a letter to Apple customers, Cook argued that to do so would violate his firm's trade secrets… and would leave hundreds of millions of iPhones vulnerable to hackers and spies.

"While we believe the FBI's intentions are good, it would be wrong for the government to force us to build a backdoor into our products," Cook wrote.

"And ultimately, we fear that this demand would undermine the very freedoms and liberty our government is meant to protect."

The Government Is on the Ropes

If Apple were to lose, the door would be open for governments to gain access to a huge array of tech products, like your tablet, PC, smartwatch, and even your car – which these days is basically a smartphone on wheels.

The government's reach could even extend to routers, modems, and entire computer networks.

For its part, the FBI (and some commentators) dispute Cook's version, and say that the government's request is very narrow in scope.

But… in Congressional testimony last Tuesday, FBI director James Comey made what amounts to an about face. He told Congress that this case could become "precedential" – meaning it could in fact set a broad legal precedent.

Ironically, that is the exact argument Apple has been making all along.

And it gets worse for the FBI…

It turns out the agency has admitted that it made a mistake in trying to unlock Farook's phone, a technician's misstep that meant data on the phone would no longer back up to iCloud.

Had it not followed the wrong procedure, the agency might not have needed Apple to break into the phone in the first place, because the company had already given the FBI access to data stored on Farook's iCloud account.

You can bet Apple will use that disclosure in its legal pleadings, which will automatically put the FBI on the defensive.

Apple got more ammo for its legal case from another federal magistrate. Though the case is not directly related to Apple, it does have huge ramifications for the fight with the FBI.

The Fight Is Bigger Than Just Apple 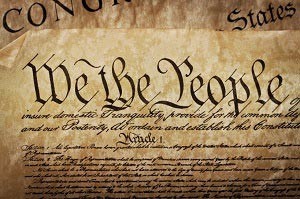 Orenstein's ruling is important because at present there is no law that directly affects the "cracking" of a criminal suspect's phone.

For that reason the FBI and Justice Department relied on what many Americans no doubt think is an opaque, arcane law.

In fact, it's one of the oldest laws on the books here…

I'm talking about the All Writs Act.

Written in 1789 and adopted the same week as the Fourth Amendment to the U.S. Constitution, the All Writs Act is still in use today. Prosecutors cite it in cases when no clear law covers requests for search warrants, such as in the case of the San Bernardino terrorist.

But Orenstein said the government's view of the act is so broad "as to cast doubt on [its] constitutionality if adopted."

This was a strong rebuke that couldn't have come at a worse time for the Bureau. The next day Comey appeared before Congress and was dealt a second setback.

Questions and comments from both liberal and conservative committee members indicated scant enthusiasm for enacting any new law giving the FBI any new powers to search digital devices.

For his part, Cook continues to maintain that Apple will take the case all the way to the U.S. Supreme Court.

Should it come to that, Cook and Apple won't be going alone.

Last Thursday some 31 tech firms filed what are known as amicus, or "friend of the court," briefs on Apple's behalf.

That puts the FBI in the difficult position of arguing that the entire technology industry is wrong and that its investigative needs – as seemingly valid as they may be – trump privacy rights.

Were the FBI and the government as a whole to win the argument, the tech landscape – especially the smartphone space – would change dramatically, and not at all for the better.

But I believe, based on what we know now, that Apple, its customers, and investors will prevail in court.

A rare resource has been discovered just off the coast of southern Florida. At $58.9 million for an amount that barely fills a thimble, it may be the most valuable resource on the planet. One company has a monopoly over this resource, and their managing director just told us they're planning to go public on the Nasdaq as soon as July 1. Click here to see how you could get in before their Nasdaq IPO.

16559 Reads
These 3 High-Yield REITs Pay 8%, 10%, and 12% Dividends
REITs produce gobs of cash from rent and other fees generated from properties including office buildings, storage units, multifamily units, and more.