Volatility has gripped the markets for much of 2016, with wild up-and-down swings roiling markets and giving way to fear (and near-panic) among investors.

If you follow the stock market, you know what the VIX is. It's the volatility index. It's also known as the "fear index" or "fear gauge" because increased volatility is almost always accompanied by a surge of fear.

But here's something you may not know: the VIX is about to face some competition – and with good reason.

Yesterday, Bats Global Markets, the second-largest exchange operator in the United States, and T3 Index, an Australian developer of index products, introduced their own version of the fear gauge with the announcement of their Spikes (SPYIX) product.

Today, I want to take a closer look at what traders mean when they talk about volatility, show you exactly what the VIX is and what it does (and doesn't do), and tell you why now is the perfect time for a new, more modern approach to how we track volatility. 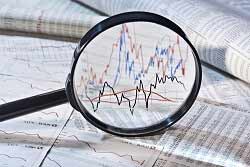 Back in 1973 Fischer Black and Myron Scholes introduced the world to their options pricing equation, known as the Black-Scholes model. The model gave investors a way to calculate theoretical values of options and launched the financial options industry.

One of the pieces of the options pricing model is a measure of volatility.

If you're going to buy an equity option from someone, you want to know how long you'll have the right to exercise that option and how much the underlying stock will move up or down.

That movement up or down of the underlying stock is measured as volatility.

The Black-Scholes model uses historical volatility of the underlying stock in its equation. When calculated, the model generates a theoretical value of an option.

But in the real world, the equation derived value of an option isn't always the price at which an option trades.

In fact, more often than not, the price of an option in the real world is quite different than its model-derived theoretical value.

Changing How We Think About Volatility

Back in 1983, when I was a market-maker on the Chicago Board Options Exchange, I knew prices in the pits weren't what the Black-Scholes model said they should be.

So I got together with a few colleagues and tried to figure out why. We determined that the price of options in the real world reflected what investors and traders thought the actual volatility of the underlying stock was, not what a mathematical measure of its historical volatility was.

The measure of that volatility (it can be measured) isn't historical, it's implied.

Implied volatility is what the market (that's buyers and sellers) thinks it is.

The VIX is an implied volatility index. It's derived from options on the S&P 500 Index.

The higher the VIX, the more afraid investors become. That's because the market is telling the world, if the VIX is at 40, there's a chance the market could go up or down 40%, which is a scary move if it's to the downside.

The fear factor is the overriding emotion because rising volatility almost always points to selling pressure rather than increased buying.

A New Measure of Fear

Bats' new fear gauge isn't too different from the VIX – but there are some key differences that could make it a much more reliable measure of implied volatility in today's markets.

SPY is an exchange-traded fund (ETF) that tracks the S&P 500. It isn't the index, though it trades just like it.

In fact, SPY is the most-traded security almost every day. It's been averaging over $24 billion in notional value of trading per day since mid-2015. And options based on the SPY account for almost half the $110 billion notional value of all options traded daily in the United States.

Bats says that options traded at the CBOE based on the S&P 500 Index are still traded "manually," while options that trade on the SPY are traded on electronic exchanges, which makes their new Spikes volatility index better because it's updated far more quickly.

And they point to the problems the VIX had back on Aug. 24, 2015, when options market-makers and traders of S&P 500 options in Chicago weren't trading fluidly. Wild swings in the market caused a delay in pricing that triggered a breakdown in the VIX.

Meanwhile, electronically-traded options based on the SPY continued to trade smoothly on the same day.

As Bats Executive Vice President Tony Barchetto said, "In the wake of recent events, the SPYIX is Bats' response to the market's demand for a more rigorous and dependable volatility gauge. SPYIX is specifically designed to better capture and reflect today's largely electronic options market."

There's no doubt that 2016 will continue to be a volatile year in the markets – I've been saying as much since last year. And there's no telling when the next bout of extreme volatility might cause another breakdown in the VIX.

So now is the perfect time for what could be a more precise, reliable measurement of implied volatility.

But because the two fear indexes are so similar, it will be the market itself that decides which one will be more popular. While Bats is definitely on to something with SPYIX, it's going to be hard to knock the VIX off its throne as the go-to fear gauge.

How to Protect Your Wealth from NIRP: The Fed will institute negative interest rates at the next sign of a major global or economic emergency, but don't believe for a second that negative rates will save us. They won't. And there are only a few ways to protect yourself from NIRP…

Shah Gilani boasts a financial pedigree unlike any other. He ran his first hedge fund in 1982 from his seat on the floor of the Chicago Board Options Exchange. When options on the Standard & Poor's 100 began trading on March 11, 1983, Shah worked in "the pit" as a market maker.

He helped develop what has become known as the Volatility Index (VIX) - to this day one of the most widely used indicators worldwide. After leaving Chicago to run the futures and options division of the British banking giant Lloyd's TSB, Shah moved up to Roosevelt & Cross Inc., an old-line New York boutique firm. There he originated and ran a packaged fixed-income trading desk and established that company's "listed" and OTC trading desks.

On top of the free newsletter, as editor of The 10X Trader, Money Map Report and Straight Line Profits, Shah presents his legion of subscribers with the chance to earn ten times their money on trade after trade using a little-known strategy.

Shah is a frequent guest on CNBC, Forbes, and MarketWatch, and you can catch him every week on FOX Business' "Varney & Co."