As you know, I spent the weekend giving briefings at the Windsor Energy Consultations, an annual gathering of the leading global energy figures, ambassadors, ministers, and private sector decision-makers.

Some two dozen figures provide briefings during the three-day conference, held in Windsor Castle every March while the British royal family is in residence, and for the past eight years I have been one of them.

Now, I'm not allowed to say who said what at the meeting. But that same rule also makes everyone be very frank in their discussions of energy.

This led to some very revealing discussions... and to agreement on the three most important shifts changing the energy sector right now.

The Most Frank Energy Discussions of the Year

The audience at the Windsor Energy Consultations comprises no more than 50 people from among the most important energy figures internationally. These plenary sessions are held in the historic Vicar's Hall.

This place has been around for a while. Shakespeare held the first performance of "The Merry Wives of Windsor" in the very room we use for our meetings each year. 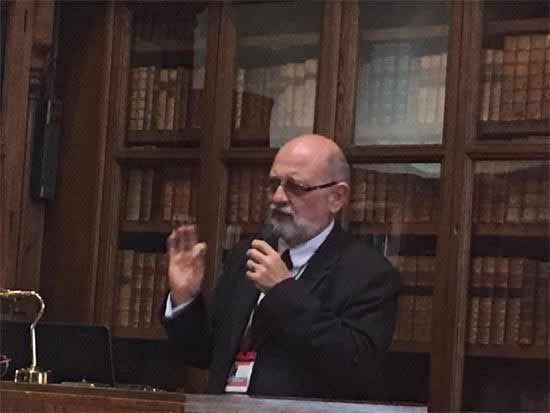 The Hall is by the famous St. George's Chapel on the castle grounds, a Gothic masterpiece housing the final resting place of kings and queens. That includes Henry VIII and his favorite wife Jane Seymour, buried in the floor you walk across when approaching the private sanctuary of the hallowed Knights of the Garter.

Now, these plenary sessions contain some of the most energetic and thought-provoking discussions I have ever witnessed. But it is something else that galvanizes the annual Windsor meetings.

You see, another, closed-door briefing takes place for ambassadors, ministers, and high commissioners.

During this occasion, only three briefings are provided, chaired each year by Lord David Howell, chairman of the Windsor Energy Group and one of the great figures in British energy policy over the last four decades. He was Margaret Thatcher's first energy minister and has held positions of importance ever since.

This year, I again provided one of these Ambassadorial Briefings.

There is also one other matter making these traditional briefings so famous. They are held in the castle's dungeon. 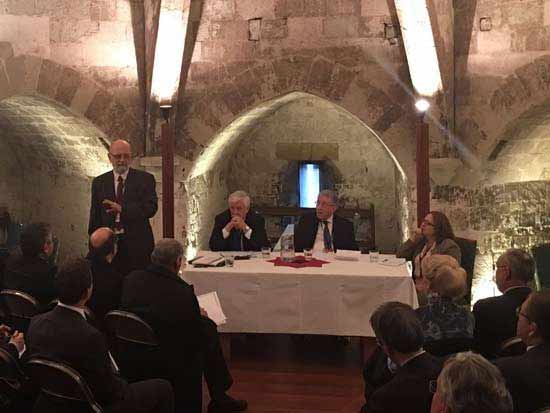 Each year, all sessions and the briefings are held under the Chatham House Rule. The Rule was established in 1927 by the UK Royal Institute of International Affairs. It allows a participant in a meeting in which the Rule is applied to use information from the discussion, but does not allow anyone to reveal who made any particular comment. It is designed to increase openness of discussion, especially when controversial or divisive issues are considered.

And does it ever.

What transpires at Windsor each year are the frankest and most open conversations I ever experience. One would expect this, given the central position energy occupies in the geopolitical landscape.

In fact, it is not unusual in our sessions to find participants invoking the Rule before they provide an opinion - often one providing insight into policy strategies around the world, concerns held by home governments, and likely changes in the private energy sector from an investment or operational standpoint.

Following the Rule (that is, avoiding the mention of any names associated with any opinion or position) during this year's sessions led to a number of interesting developments.

Three "shifts" stand out as the most important when it concerns you, the energy investor. Each of these will have an impact on what is coming in the energy sector.

And, as it happens, each also squares with what we have been discussing already right here.

First, there was widespread agreement at the consultations that OPEC is declining in its ability to dictate global oil, both from a pricing and a policy perspective. Now, controlling some 40% of the world's daily supply is still important. But that importance is waning in the face of renewed non-OPEC production and the advent of shale/tight oil production.

The consensus even extended to an issue OPEC's producing countries would normally act against. It boils down to this. Cartel member states have no choice but to increase production (despite the pressure it has had on prices and their revenue). If they don't, they know market share will be taken over by other producers.

In such an environment, it makes no sense to keep the oil in the ground, where it will just keep declining in value. Absent an agreement with non-member countries to cut production, OPEC can no longer cut its own production without also cutting its own revenue stream.

Which brings us to the second development...

The World Is Shifting Away from Oil

Second, the rise of a global balance among a number of distinct energy sources is recognized as essential moving forward, even by countries whose budgets are governed by international oil and natural gas sales.

As such, there is now a pervasive acceptance of the acceleration in renewable and non-hydrocarbon sources of energy. Oil, gas, and coal will continue to have their shares of the energy balance, especially in Asia. But the new investment road will increasingly point to solar, wind power, biofuels, and even nuclear.

Control Over Energy Assets Is Key

Third, the energy debt crisis now facing Western operating companies is going to spread as institutions holding that debt face rising levels of defaults and insolvencies. There is growing concern that the subprime mortgage credit crisis of a few years ago may revisit the global economy - except this time, shepherded in by cash-poor energy companies.

As such, the continuing dependence of the global market on dollar-denominated assets will be tested. This will lead to control over physical assets rising in importance.

Now, we were not talking about gold here, but rather assets directly related to the energy sector itself - oil/gas wells, control of actual production volume, access, infrastructure, power plants, end-use contracts, and a range of other related targets.

Together, these three matters are now about to open up some real doors to investment profits - despite continued volatility in the oil patch.

But that's not it for London...

More Shifts from London to Come

Now, Marina and I will be returning to London next week, for two reasons.

The first is a by-invitation-only energy session on March 16 to be held in the House of Lords, the upper chamber of the British Parliament.

The second is because of Tuesday.

March 8 is a major holiday celebrated in many parts of the world but not the United States. It seems you absorb such holidays when you marry a foreigner. It's called "International Women's Day" and it is one of the biggest days of the year in Marina's native Russia.

So to plagiarize a title John Mortimer's indomitable Horace Rumpole ("Rumpole of the Bailey") gave his wife Hilda, my "she who must be obeyed" expects a big gift each March 8. This year I gave her something to stop her in her tracks - front-row tickets to an Adele concert at London's O2.

In between, there are going to be some exciting developments on the energy front from London. As always, I'll let you know what is coming as a result right here.

The Oil Sector's "Other Shoe" Just Dropped: The "other shoe" is dropping for oil. It looms as an ongoing concern, one likely to have a longer-lasting impact than the price of crude itself - and the ripple effects will extend to much more than just oil and gas...

As an investor I would appreciate receiving all the latest and advanced thinking (and associated companies) on energy technology.