Over the past week, we've been tracking the biggest errors traders are making – like neglecting earnings reports and jumping out of trades before expiration.

However, the most damaging offenses stem from a certain myth that's being fed to traders – especially newer traders.

I'm even willing to bet that you heard it when you started trading, too.

And you might have centered your entire trading strategy on it.

Even if it seems like what you heard is paying off, it will eventually hurt you – and your pockets.

You could already be "shorting" yourself on hundreds of thousands of dollars because of it.

Now my original plan for today was to talk about a special technique to play the bullish rally we've seen so far this month.

So let's get started.

A "Good" Trade Does NOT Have to Be a Winning Trade 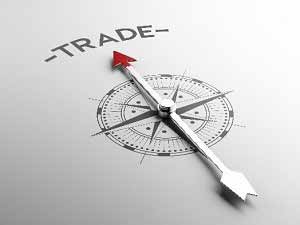 As a trader, you will constantly evaluate your success. To be quite honest with you, this is something you'll do after pretty much every trade.

Each time you close a position, you will almost always feel inclined to judge whether it was a "good" trade or not.

And while this may not sound like it's a bad thing, here's the problem…

This destructive thinking has led nine out of every 10 traders deep into the red zone within their first 12 months of trading.

What's even worse is that it's become the barometer that traders use to base their trading strategies on.

And I just don't want to see you join this statistic… especially with the huge profit opportunities the markets have been handing us for the past couple weeks.

In this case, you buy a call option for $4.00 ($400 for one contract) less fees and commissions. You anticipate that the stock will move higher and plan to close your position out for a double (a 100% return on investment).

And in the event that this move doesn't happen… well, you covered yourself by entering the order as good 'til cancelled – and with a stop in place at 50% of the option's value. So no matter what happens, you've got a plan in place to preserve at least half of your money.

Out of curiosity, you decide to check on that stock a few days later to see what happened after your position was closed. Fortunately, you got out when you did because it ended up falling all the way to zero. This means that if you had held on to that position, your contract would have become worthless – and cost you the entire $400.

So you breathe a sigh of relief and feel kind of happy that you got at least half of your money back instead of losing it all.

Scenario No. 2: Stock Goes Up and You Hit a Double

In this case, you buy a call option for $4.00 ($400 for one contract). You anticipate that the stock will move higher and plan to close your position out for a double.

The stock moves in your favor, and you reach the double. So you decide to close out your position and pocket the profits.

Out of curiosity, you decide to check on that stock a few days later to see what happened after your position was closed. But the stock actually continued to move higher to the point that – had you stayed in the trade, you could've closed out your position for four times the profit.

At the time you closed your position, you felt GREAT… but after seeing the profits that you missed out on, you now feel pretty upset.

So Which of These Scenarios Is the "Good" Trade?

This is actually a trick question…

The answer is both.

Now according to this myth we talked about above, the "good" trade should be the winning trade – scenario two.

But here's why we're debunking this today…

Both scenarios are actually "good" trades because of one key element: discipline.

In both cases, you came up with a game plan, executed it, and stuck to it.

And although you lost money in the first scenario, the discipline you applied to your trade saved you from losing 100% of the money you spent on it.

In the second scenario, the discipline you applied to your trade doubled your money. Sure, you may have missed out on four times the profit… but had you not exercised discipline, the stock could've moved the opposite way – handing you a 100% loss.

So the next time you're judging your trades, forget this nonsense that a "good" trade is a winning trade… because at the end of the day, it's about being a good trader.

And being a good trader starts with discipline.

Don't Make a Trade Without These Three Words: You don't have to have an eagle eye on the markets to double your money. All you have to do is tell your broker these three words and you can trade, profit, and have a life…