Imagine a "dongle" - a plug - hooked up under your steering wheel.

This gadget connects to your car's computer, where it allows high-tech sensors to analyze and record your driving habits. Your speed... how often you brake... where you travel... what time you drive - this dongle knows and remembers it all.

But in this case, the "invader" isn't some hacker or Big Brother - it's your auto insurance company.

If you agree to be monitored this way, your insurer will use the data to better assess your risk level, saving itself money. And if you're a good driver, this invasion will substantially reduce your premiums, saving you money. 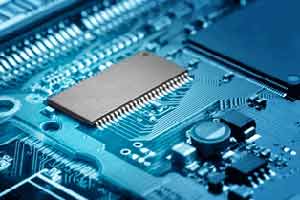 It's known as usage-based insurance (UBI), and these on-board diagnostic (OBD) dongles aren't some "on-the-horizon" tech.

Already, 155 million cars in North America can be hooked up to OBD "telematics" devices. And as we trade in our old models for new connected cars, that number grows bigger every day.

Analysts at one firm predict that by 2020, more than 50 million U.S. drivers will be UBI customers - way up from around just a million today.

Best of all, you don't have to gamble on a risky small cap or waste your cash on some fly-by-night startup to invest in these dongles and the profit opportunity they represent.

You just have to do this...

Grab a Chunk of the $14.4 Trillion Internet of Everything Market

CalAmp Corp. (Nasdaq: CAMP) is an Internet of Everything (IoE) company that develops and markets machine-to-machine (M2M) tracking and telemetry sensors, as well as broadband cellular routers and satellite receivers. It serves the construction, energy, and public safety markets.

And it's also the market leader in OBD technology. While not yet a huge portion of CalAmp's revenue, I believe OBD and UBI will be the Oxnard, Calif.-based company's key growth driver over the next half-decade and further out. While the company now is primarily a developer of hardware - those dongles - I can see it getting into "UBI as a service," providing a full suite of auto insurance tools over the cloud.

Now, CalAmp is a small-cap stock - with a market cap of just $689.8 million - meaning it has potential for huge growth, but investors could be shocked by frequent and jarring dips along the way. Moreover, the IoE is still in its infancy and will experience its own turbulence along the way to its $14.4 trillion potential.

And that's why today I want to show you a way to invest in CalAmp and dozens of other high-growth small caps that exposes you to those skyrocketing profits - and protects you from all that turbulence.

Small-cap stocks got hammered in the market's sell-off earlier this year. That's because Wall Street became convinced that the global growth story was dead.

We know now the Street grossly overreacted to concerns about China's economy and the price of oil.

Plus, these smaller firms are priced to move and represent a real bargain based on a key ratio I use to determine an investment's relative price.

Long-term growth investors such as myself pay a lot of attention to the forward price/earnings ratio (forward P/E). I use this all the time because it tells me how much I'm paying for next year's earnings.

But the Russell 2000 has a forward P/E of just 16.5. In other words, you can buy a basket of small, hyper-growth companies for roughly the same price as their mega-cap counterparts.

That's why I think every tech investor ought to own the iShares Russell 2000 Growth ETF (NYSE Arca: IWO), an exchange-traded fund that seeks to mirror the performance of the Russell 2000.

In that regard, this is not a pure play on smaller tech firms. It's a "twofer" investment that gives you exposure not only to fast-moving tech firms, but also other growth sectors and a diversified investment base.

Information technology and healthcare, which includes biotech and medical equipment, make up 51% of the fund. Other industries represented include industrials, financials, and consumer discretionary.

But make no mistake, IWO is a fund composed of some very exciting tech leaders.

I already told you about CalAmp.

The company's Picolo Xpress chemistry analyzer can provide results in as little as 12 minutes. It also covers 31 blood chemistry tests that include liver, kidney, metabolic, and other functions. With a $964 million market cap, Abaxis has 19% operating margins and recently grew quarterly earnings by 35%.

Silicon Graphics International Corp. (Nasdaq: SGI) is a leader in high-performance computing that plays a leading role in Big Data. Moviegoers may remember SGI from the 1990s when it helped produce the computer-generated dinosaurs for "Jurassic Park."

It has an impressive array of clients who need access to high-speed computers that can crunch through massive amounts of data. SGI counts NASA, the U.S. Department of Defense, the Genomics Analysis Center, Boeing Co. (NYSE: BA), and 3M Co. (NYSE: MMM) as clients.

Some 29,000 nonprofit clients rely on Blackbaud for help in managing their fundraising, accounting, online marketing, and payment services. With a market cap of $2.6 billion, Blackbaud has a 13% return on equity and recently grew its quarterly earnings by some 33%.

In all, IWO provides investors access to nearly 1,200 stocks in a single, cost-effective ETF.

And it's one of the best ways to get in on disruptive technologies like OBD before they go mainstream and take off.

This Major IBM Move Taps a $2 Trillion Market: In February, IBM announced a $2.6 billion acquisition in a $2 trillion market. After 15 consecutive quarters of declining revenue, this might be the bold move Big Blue needs to right the ship - and boost shareholder value...

I can't wait for info.