Futures for the Dow Jones Industrial Average today are in the black for 2016, as global stimulus efforts around the globe continue to drop money from helicopters in order to boost economic growth. 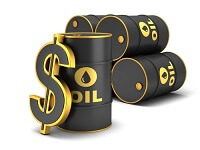 The S&P 500 has surged more than 9% since Feb. 9, fueled by the slump in the U.S. dollar as the Fed continues to hold steady on interest rates.

With a short trading week ahead of the Easter holiday, trading volume is expected to be light. On Friday, the final reading on Q4 gross domestic product will be released. Economists anticipate that GDP will come in around 1%, a rather tepid figure. But it's not really a surprise when your top exports are television shows about rich, unemployed people sitting around drinking wine all day, or hour-long dance contests.

And here's the top stock market news, stocks to watch, and economic calendar for March 21, 2016.

Dow futures forecast an 18-point gain on the first day of a short trading week ahead of the Easter holiday. Traders can anticipate light volumes as we move closer to the Good Friday holiday. Despite the markets being closed on Friday, the U.S. Commerce Department will report its third revision of the Q4 2015 GDP report.

Here's a breakdown of why the Dow is rising this morning.

Oil prices have gone through one of the worst oil crashes in modern history. But, you can find our shocking prediction of where the price of oil is heading in this video…