Michael Burry has time for just one investment these days.

The doctor-turned-fund manager, best known for his depiction in the Oscar-nominated movie "The Big Short," was already a legend in investing circles for his tenure at Scion Capital, where he beat the market by 96 to 1 from 2000-2008 and oversaw record returns of more than 480%.

In the January box-office smash hit, Burry's character claims that shorting the housing market was an investment play based on "a certainty."

And he and I are in agreement - in fact, I've called it the "ultimate must-have investment" because it's a profit play that, when executed correctly, can't fail.

Ironically, not one in a million investors has thought about it, let alone knows how to play it for maximum profits. The situation is so lopsided, in fact, that I'd venture a guess that 99.99% of all investors could quadruple their allocation to this particular must-have opportunity and still not have enough.

Now, there's just one other sector that Burry calls a "safe investment." 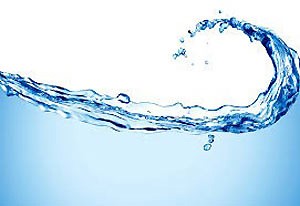 I'm asked all the time how you define a must-have investment.  Believe it or not, most investors still don't get the concept, so they try to position "nice-to-have" companies in must-have terms. And, not surprisingly, they fail miserably.

That's it - simple, concise, and to the point.

And that brings me to the must-have opportunity I want to share with you today.

Water - either you have it or you die.

You'd think that would have changed as the California drought became serious enough that the Golden State implemented mandatory rationing and stiff penalties for violators who water their lawns, fill their swimming pools, or simply shower too long. But no siree, Bob...

Most investors still don't give water a second thought. Unbelievable!

I've talked with tens of thousands of investors over the years and they're almost universally surprised to learn that 70% of our planet is covered with the stuff yet only 2% is fresh, potable liquid.

That's hard to imagine, so let me put that relationship in context...

...If you put all the world's water into a gallon jug, the entire world's freshwater supply would amount to less than a teaspoon-full.

Perhaps I'm jaded, but I am hard-pressed to imagine anything more urgent or potentially more profitable.

The U.S. Environmental Protection Agency estimates that old, soiled, and busted down water and wastewater systems will require investments of at least $384 billion within the next 20 years in the United States alone.

The real figure, incidentally, is probably closer to $500 billion based on the very simple combination of population growth (that's running faster than projected) and conservation (which is running slower than projected). Climate change, in case you're wondering, only makes this more critical... and more appealing.

People think water is all about demand but, in reality, it's all about supply. Again, either you have it or you don't.

The situation is so bad that wars are already being fought over control of vital resources. Wars!

That's why, for example, ISIS is tenaciously holding on to Raqqah, Iraq - because it controls the water associated with 2,500 square miles of fertile farmland. And why India and Pakistan are on hair-trigger alert over the Kashmir region because of its importance in securing water from the River Indus. The Global Policy Forum estimates water disputes may break out between as many as 50 nations on five continents within the next three decades.

Unfortunately, the situation will get worse before it gets better, simply because what's happening is a numbers game.

I say that because there are 75 people born on this planet every 30 seconds, every one of whom needs water. That's a particularly dramatic acceleration when you consider that the world didn't break a billion people until the 19th century and has recently hit a jaw-dropping 7 billion.

Over the years we've played this a variety of ways with specialized filtration companies, valve makers, and more in our publications, and the returns have been impressive.

For example, we're tracking one of this country's top water and wastewater services providers in the Money Map Report right now. So far it's produced returns of 145% versus the S&P 500, which has only generated 63% over the same time frame.

But that doesn't do you much good here at Total Wealth if you're not a subscriber. So let me share a little-known mutual fund with you today with the opportunity to do even better.

Few investors have heard about the Calvert Global Water Fund (CFWAX), but that'll change if the fund's managers keep up the performance they've generated since its inception in 2008.

CFWAX has managed a five-year average annual return of 4.93% versus only -6.33% for the category. That's an 11.26% beat. If you remember the takeaway from our article a few weeks back, "How to Make Your Retirement as Profitable as Possible," that's the sort of average annual return that really adds up over time.

But I don't think the current pace will hold. I think it will accelerate given the dynamics of water demand I've just described.

I particularly like the fact that this fund can invest in both U.S. and non-U.S. water companies because that gives management maximum flexibility to shift investments based on location-specific needs, technology, and potential. Most funds don't have that kind of flexibility, so once you plunk your money down, it's effectively "trapped" by a specific, rigid investment mandate, for lack of a better term.

And I'm enthusiastic about the fact that the fund invests in a blend of capitalizations, including smaller water companies that most investors have never heard of. That's a bonus because many of the best water-related returns will come from companies so small that they're not on the radar... yet.

If there's a drawback, it's the fees. With a front load fee of 4.75%, getting in isn't as cheap as I'd like. But that's not necessarily a bad thing. As we've talked about before, there are a few instances where you get what you pay for, and the kind of specialized knowledge that goes with this fund is one of 'em.

In closing, I hope I've got your attention, simply because water-related investments have the potential to make the oil rush to $140 a barrel in 2008 look like amateur hour.

And I don't want to see you get left behind when there are big profits ahead.

Editor's Note: Keith expects the right water investments to do extremely well while Earth's population surges - but he's also got his eye on one investment area that's growing even faster. The human augmentation sector is white-hot today, and Keith has identified the small-cap company he believes is poised to take command of the $1.135 billion revolution coming in just a few years. For a full and free report, including percent gain calculations, sign up for Total Wealth here - it's free.

You're article abruptly ended with 'That's hard to imagine, so let me put that relationship in context…' Is there a way that I can read the article in its entirety?

Typically water is very important. In aspects of nature and animals in general water is technically needed. I do not need to completely match numbers and statistics being that water is reliable in many sources water is of most creations in the world. Liquids in our body liquids in our everyday living tools