And here's the top stock market news, stocks to watch, and economic calendar for March 30, 2016. 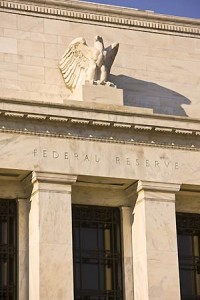 Yesterday, Yellen admitted ongoing pressures around the world could weigh on the U.S. economy and didn't offer a timetable on when we can expect additional hikes to interest rates. The U.S. economy doesn't face any pronounced short-term domestic threats, but Yellen said such an assessment can be affected by "considerable uncertainty."

The next FOMC statement is slated for April 27. According to CME FedWatch, there is a 5% chance that the central bank hikes rates in April.

Here's a breakdown of why the Dow Jones is moving upward this morning.

Oil prices have gone through one of the worst oil crashes in modern history. But you can find our shocking prediction of where the price of oil is heading in this video…

We're Seeking Maximum Profits from the "IPO Icebreakers": So far, 2016 has been a rough year for IPO investors. But that's about to change in the most lucrative way possible. Here's what you need to know to get ready for the turnaround.