Gilead Sciences Inc.'s (Nasdaq: GILD) Sovaldi (sofosbuvir) was a real breakthrough in the fight against the chronic liver disease hepatitis C (HCV). The condition may show no symptoms for years after initial infection but can slowly become debilitating.

Hepatitis C affects as many as 200 million people worldwide, and before Sovaldi, the approved drug regimen could treat only around 50% of cases and could cause serious side effects. Treatment was generally long - 24 to 48 weeks - and arduous.

Sovaldi, on the other hand, could cure more than 90% of cases in a matter of weeks at a cost, in the United States, of around $94,000. The pricing caused controversy, but the drug proved transformative for HCV patients, their families, and doctors.

Sovaldi also proved a huge windfall for investors when it received FDA approval in 2013 and entered the pharmaceutical marketplace the following year.

So far, Gilead shareholders have seen a 2:1 split, several dividend payouts, and gains of more than 155% since 2013. Sales of Sovaldi and Gilead's other HCV drug, Harvoni, topped $12.5 billion in 2015 alone.

As early as 2013, Merck & Co. Inc. (NYSE: MRK), along with their partner Ionis Pharmaceuticals Inc. (Nasdaq: IONS), asserted that Pharmasset (the company that developed Sovaldi and was subsequently bought by Gilead for more $11 billion) used Ionis' proprietary experimental data and infringed on two Merck patents from 2002 that cover "related compounds." Merck asked for a 10% royalty against the big profits that were headed Gilead's way.

Gilead claimed 10% was a "prohibitive demand," and besides, the argument went, Merck's patents were invalid anyway, as they weren't specific enough to cover Gilead's drugs.

The whole dispute took a big step toward settlement this week, and events didn't break well for Gilead. A federal jury sided with Merck and ordered Gilead to pay $200 million in damages for patent infringement.

The trial, and the uncertainty, will continue, and even bigger money is at stake as the jury moves to decide whether to award Merck royalties on Gilead's sales of Sovaldi and Harvoni.

Now, even if Merck wins more money, this dispute is unlikely to "move the needle" too far for any of the pharmaceutical heavyweights involved. According to Barron's, the maximum likely royalty payment will shave around $8 in "intellectual property-associated risk" from their bullish $115 valuation.

But that could still deal investors a loss, and if this were a dispute among smaller firms, it could be catastrophic for shareholders.

All of this just goes to show that intellectual property issues can be a minefield for investors, and even if you know something about biochemistry, it's very difficult to predict how a patent court will rule on any given case.

Although it may seem, at first blush, as if companies "accidentally" use each other's formulations, which then gets them into legal trouble, the real issue usually circles around subtle differences between molecular structures. For example, is the substance in question really a new compound? Or is it a salt of another, previously known (and patented) compound? 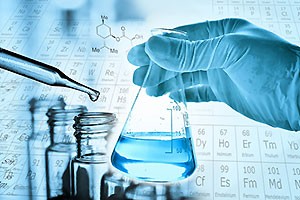 Given the difficulty of making these distinctions, it's somewhat surprising that intellectual property suits between drug developers, such as Merck and Gilead, are as rare as they are.

On the other hand, they're very common among generic drug manufacturers who try to sue for the right to produce new drugs even before their patent or market exclusivity (granted by the FDA) runs out.

That's why drug manufacturers go beyond securing patents to protect particular molecules and on to secure the rights to particular manufacturing processes, and even the shape or weight of their pills.

So it's important to evaluate a biotech, medtech, or pharmaceutical company's intellectual property portfolio as part of your due diligence - especially when trying to come to a valuation of the company's underlying worth.

But fortunately, even if you don't know a thing about chemistry, there are some things you can do to protect yourself as an investor...

Familiarize yourself with the Hatch-Waxman Act (formally known as the Drug Price Competition and Patent Term Restoration Act of 1984, P.L. 98-417). This law, which has been amended several times since its inception, sets out the basic rules governing patent protection and infringement with regard to new drug entities.

Do an Internet search for the chemical name of any lead drug compound the company you're looking at may be developing. You might also want to use the world "lawsuit" in your search terms. If a company is involved in litigation, it's best to stay away from it until the issue is resolved.

If other compounds with similar names come up, and they're owned by other companies, this may also be a red flag. Now, similar names don't always mean drugs are closely related chemical entities, but if you're not familiar enough with the science to make the appropriate distinctions, better safe than sorry.

And by all means, look for companies that develop drugs out of their own exclusive technical "platforms." This means they're not just making new drugs, but they're making them based on a novel approach to treatment.

So if a biotech says its drug pipeline is built on the idea that inhibiting a particular cell signaling pathway in the liver may be a new way to treat high cholesterol, the company is probably in a better position to defend the originality and protected status of its products. In this case, it isn't just developing a new drug, but rather a whole new way of treating a disease.

Ernie Tremblay has more than 25 years of experience in following and analyzing the latest developments in health, medicine, and related technologies. He understands the FDA approval process, as well as the "hard science" behind new, experimental drugs and the market demand for them - and has a comprehensive grasp of the complex dynamics that determine whether a new drug will be a breakthrough winner, or just another casualty of the FDA approval process.