Every time you think that the embarrassment known as Valeant Pharmaceuticals International Inc. (NYSE: VRX) could not worsen, the company proves you wrong. Just two weeks after announcing the return of CEO J. Michael Pearson after a well-deserved sick leave and the withdrawal of 2016 earnings guidance, VRX announced new guidance and earnings that sent its stock down 50% in a single day. Sure Money readers made as much as 700% on my recommendation to purchase March 50 puts and June 50 puts on the stock.

Then a week after that, the company announced that it was firing Mr. Pearson (something I called for last October), that its former CFO Howard Schiller had cooked the books (see under "scapegoat"), and that activist investor Bill Ackman, one of the company's largest shareholders (whose fund managed to lose $1 billion in a single day on VRX stock) was joining the board. Mr. Schiller refused to resign as a director and denied the allegations (see under "the circus has come to town"). 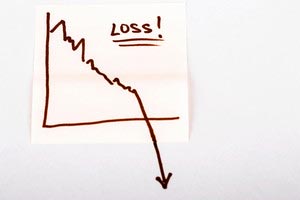 As one of the few people to point out the company's flaws (along with Jim Grant and some others) and warn investors to short the stock last October, I received the usual share of angry mail from readers who disagreed with me. Among the criticisms I received was how dare I question the judgment of the large hedge funds that owned big stakes in the business. After all, they are run by very smart people with enormous resources. My response was that I learned to think for myself a long time ago and my work on VRX uncovered a house of cards.

Not long ago I explained how investors get "tricked" into buying disasters like Valeant.

Today, I want to tell you how to avoid these train wrecks in the first place.

Here are the signs I watch for - and that you should watch for, too...

Everyone associated with Valeant should hang their head in shame. This ranks among the most disgraceful and inexcusable failures of governance and analysis in the annals of Wall Street. The flaws at VRX were, of course, obvious to anyone with an objective and critical mind.

The company's financial statements were filled with non-GAAP adjustments that misrepresented its true financial condition. The company was highly leveraged and unduly dependent on acquisitions for growth and high-priced debt to fuel that growth. The company's business practice of raising drug prices by exorbitant amounts while short-changing research and development was short-sighted and, in my view, politically vulnerable. In short, its business model was unsustainable and its debt and equity grossly overvalued.

As usual, virtually every Wall Street analyst covering the company was complicit in leading investors over the cliff by joining management in pimping the stock and maintaining exorbitant price targets in the $175 to $200 per share range until the bitter end. Prior to the company's fateful conference call on Tuesday, March 15, 21 of the 23 analysts covering the company had "Buy" or "Hold" ratings with an average price target of $136 per share, double its closing price on Monday, March 14, of $69.04. Several of them had stock targets of $200 per share. Why all of these individuals haven't been summarily fired is a mystery. As we all know, the VRX stock price plunged by 50% on March 15 after one of the worst conference calls in the history of company conference calls. At the opening of trading on March 31, it was trading at $27.07 per share (see under "ugly").

Editor's Note: This year, your most valuable asset may be Michael Lewitt's free Sure Money service. In Sure Money, Michael helps you see what's going up, what's going down, and how to profit. Sign up now by clicking here, and you'll get instant access to all of Michael's investing tips, recommendations, and specific instructions, including his exclusive "Super Crash Report."