The silver price became increasingly unstable last week thanks to comments from the U.S. Federal Reserve.

The trading week began with upward momentum for silver prices. But other forces took charge and pulled the price of silver lower by the end of the week.

In the near term, this weakness could well continue. But as I'll show you, the farther out we go on the silver timeline, the better the outlook becomes.

How the Silver Price Hit a One-Month Low Last Week 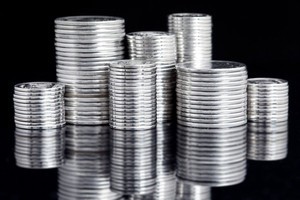 But the price of silver jumped 1.2% to $15.43 thanks to Fed Chair Janet Yellen's dovish speech to the Economic Club of New York. She told the audience that the pace of both U.S. and global economic growth has been weakening. She also stated the FOMC has no concrete schedule for hiking interest rates this year.

On Wednesday, the silver price couldn't maintain gains brought on by Yellen's comments. Silver prices tumbled 1.4% to close at $15.22.

The last two days of the week saw huge fluctuations in the price of silver. After gaining 1.5% to $15.45 on Thursday, silver prices dropped 2.6% the next day due to a strong jobs report boosting the U.S. dollar. As the week came to a close on April 1, the silver price settled at $15.05 – the lowest since March 2.

So as you've seen, the Fed and what the market expects it to do have been the biggest forces behind silver's behavior this past week.

But the big picture is way more important than that.

The Biggest Boon for the Silver Price in 2016

Investors are buying silver at a record-breaking pace.

According to Newsmax, "Investors are buying silver through funds at the fastest pace in more than two years. Holdings in silver-backed exchange-traded products jumped 845.6 metric tons in March, heading for the biggest monthly increase since August 2013."

And Ole Hansen, head of commodity strategy at Danish investment bank Saxo Bank, told Newsmax that "flows into ETFs remain strong, which could indicate that longer-term investors are not being put off by the recent retracement."

According to Bloomberg data, total holdings of exchange-traded products (ETPs) reached 19,486 tons on March 28 – the highest level since last April.

All of this means investors are more interested in the safe-haven benefits of silver than in the Fed's effect on the silver price.

I think we could still see a bit more weakness ahead for silver prices as the dollar temporarily gains some strength. But after that, the price of silver will likely resume its trend higher.

The Essential Guide to Buying Gold and Silver: Buying gold and silver is widely regarded as the best "crisis insurance" for your portfolio. This guide gives you everything you need to know about buying these two precious metals. Read more…