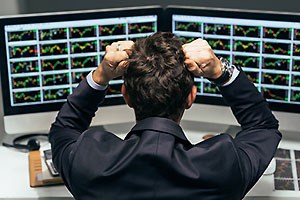 Thanks a lot Janet Yellen!

The U.S. Federal Reserve's dovish policy continues to hit the greenback as gold prices had their best quarter in decades.

Here's a breakdown of why the Dow is slipping this morning.