That's not a surprise. After all, there's a lingering global crude glut.

Therein lies what appears to be a paradox: Why on Earth would we import more oil when we may be forced to fill swimming pools with it soon?

The answer is very simple, and it becomes clear when you see my oil price targets…

Here's Who's Using All That Oil 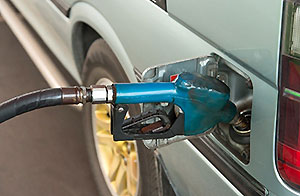 As recently as five or six years ago, the United States needed to import around 70% of the crude it needed for American refineries every day.

That's clearly no longer the case. The boom in shale and tight (unconventional) oil in recent years has been nothing short of an American energy revolution.

Now, it's important to remember that it took some time for American refineries to be able to process American crude extracted from shale. During this time it made sense that the country would need to import oil to meet its vast energy and manufacturing requirements.

But again, that's no longer the case. However, the United States will likely never be in a situation where we cut oil imports altogether. Here's why…

American refineries are the largest producers and exporters of petroleum products in the world, shipping out close to 2.8 million barrels of finished petroleum products per day in 2015. That's even accounting for the recently expired 40-year export ban, which through a twist of language applied only to crude oil but not refined products.

It has everything to do with price – now and into the future.

American Refineries Are at Odds with American Producers

As long as imports are competitively priced against U.S. crude, those refineries are simply going to "play the game" and buy imports. In fact, they'll buy whatever they can use to fuel their own exports, especially at these prices.

You see, right now, oil futures are in a state of contango, with the cost of buying and storing oil now cheaper than the price of future contracts. West Texas Intermediate delivery contracts for April 2017, for instance, are trading at $42.56, compared to around $34 presently.

Under these market conditions, it makes good business sense for those refineries to buy as much oil as they can, from whomever and wherever they can now, while it’s cheap, as opposed to later when futures show it will be more expensive. 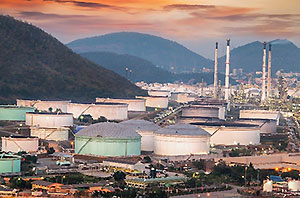 Notwithstanding the state of the market, those refineries can't afford to be picky. Oil and gas companies borrowed freely to finance expenditures on production capacity, exploration, and transportation with crude prices upwards of $70 a barrel.

But with market prices hovering around $40, their value has been eroding along with crude prices and margins, leaving the U.S. energy sector squarely in the middle of a historic credit crunch.

Bondholders and bankers could be on the hook for billions in defaults over the next few quarters. That's a situation I'm following closely, because it will herald a lucrative wave of consolidation and merger and acquisition activity in the sector the size and scope of which we've never seen before.

Cash-strapped energy concerns shouldn't expect oil to return to $70 or even $60 a barrel in time to save their skins, though.

My forecast is for New York-traded benchmark West Texas Intermediate (WTI) crude to hit the $42 to $45 by June of this year, and for the London benchmark, Dated Brent, to rise closer to $50 in the same month.

Now, even further out, toward the end of 2016, we may even add $4 to $6 per barrel to those June estimates, but the problem with these long-term predictions is in the changing impact of supply on the market.

As I've said before, it's the perception of the state of supply more than the actual supply that moves the needle in crude nowadays.

What I Learned in Abu Dhabi Could Mean Big Profits…

After returning from five days of intense discussions in Abu Dhabi – where I met with high commissioners, OPEC ministers, and multinational energy CEOs – I'm struck by something I haven't seen before. There was NO consensus on where oil prices are headed. That's given us the perfect setup for an under-the-radar trade that can make five times your money in the next 60 days, no matter where oil prices move. Click here to see how.

A billion here, a billion there, pretty soon you're talking some real oil … sorry, Everett