However, not all that growth will happen equally.

You've got to make some very careful decisions when it comes to your money if you want to line up with the winners. The vast majority of emerging tech in this area will never make it off the drawing board, let alone into production. Clearly, not all stocks are equal.

Here's the thing most investors are missing.

The winners aren't just developing new technology; they're developing it in such a way that they've got access to entirely new business models competitors don't understand or simply cannot access.

What I'm about to tell you gives the company a distinct advantage and could create an entirely new group of millionaires savvy enough to cash in. 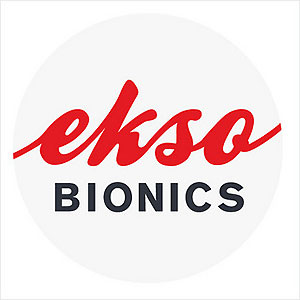 On April 4, 2016, the FDA granted approval to Ekso for the use of its GT robotic skeleton to assist victims of hemiplegia (a paralysis on one side of the body resulting from strokes), as well as for people sustaining a range of spinal cord injuries.

This is an enormous breakthrough because it's the first and only time an exoskeleton has been approved by the FDA to treat stroke victims.

It's worth noting that two competitors have FDA approval, too. However, it's not the same FDA approval. Both ReWalk Robotics Ltd. (Nasdaq: RWLK) and Indego are approved for spinal rehabilitation, but only at levels T7 to L5, which in medical speak means the seventh thoracic vertebra to the fifth lumbar vertebra.

The Ekso unit is approved for L5 to T4, but it's also clear for further spinal cord injury up to C7 (ASIA D) in addition to its most recent approval for hemiplegia due to stroke. That means the company's exoskeletons can be used to treat far more severe and complicated spinal/stroke trauma and a far wider group of patients.

Notably, W. Zev Rymer, the Director of Research Planning and Sensory Motor Performance at the Rehabilitation Institute of Chicago, observed that the center has "seen the clinical value of the technology, and Ekso Bionics' continued innovation now brings us the ability to provide this advanced technology to a broader patient population" (emphasis added).

The broader "patient population" he's talking about refers to the 375,000 people suffering spinal cord injuries and 795,000 suffering strokes every year in the United States alone. Worldwide that number is more than 17 million!

While not every stroke victim requires an exoskeleton to walk again because of the resulting paralysis, the projected market size for stroke-related spinal cord treatment may be $25 billion - almost overnight now that the medical watchdog has bought into Ekso's potential.

EKSO stock was up sharply after Monday's news, ultimately closing more than 18% higher for the day. Some of that's been given back, but I think that's only a function of broader, lackluster market conditions.

Most investors, you see, don't understand the "Unstoppable Trends" driving Medicine, Technology, and Demographics like we do. So they haven't made the calculations we have when it comes to charting a path towards exponential growth.

Newly seated Ekso CEO Thomas Looby hit the nail on the head in the company's press release, noting that "this clearance marks a major milestone towards our goal of establishing exoskeletons as standard of care in the rehabilitation clinic."

According to Looby, "Clinics using the Ekso GT are able to offer exoskeleton therapy to the widest patient population among all exoskeletons on the market, which we believe will translate into broader adoption of exoskeletons by hospitals and rehabilitation clinics and better outcomes for patients."

What he's talking about is nothing short of a coming revolution in healthcare.

A handful of facilities already use Ekso's devices, including the Palo Alto VA, the Rehabilitation Institute of Chicago, the Kessler Institute, and the Alta Bates Medical Center. Not content to just play along, Looby wants to turn the rehabilitation sector inside out.

"The goal of future studies," former CEO Harding said in Ekso's Q2/2015 earnings conference, "will be to develop evidence, to promote adoption and reimbursement of our device. These are key milestones in achieving our ultimate goal of becoming standard of care in both the rehabilitation center and in the home."

That's why this move is so important.

The first company to redefine the market stands to capture the lion's share of the growth. That's significant considering that the rehabilitation robot market is set to grow from $43.5 million in late 2015 to $1.8 billion by 2020 - a 4,037% increase over five years, according to MarketsResearchReports.biz.

Ekso released strong Q4 and year-end 2015 results on March 14 that reflected double-digit growth in every sector we've been following with the company. Engineering services revenue, for example, was up 83% for the year. Medical device revenue, up 45%. Overall, revenue rose 26.67% for Q4 2015 when compared to the year prior.

I'm not surprised, given the circumstances.

Analysts continue to put a mean price target of $2.75 per share on Ekso. That represents a gain of 231% from today's levels. I'm forecasting a lot higher - ultimately, more than $20 a share.

But given the growth potential this FDA approval represents, my analysis may be, once again, too conservative.

Editor's Note: In an industry as large as biotech, it's often difficult for investors to sift through every so-called "groundbreaking" company to find the true winners. Fortunately for Total Wealth subscribers, that's Keith's expertise!  By following the Unstoppable Trends and Tactics featured in Total Wealth, Keith has recommended more than a handful of companies - just like EKSO - that have surged within weeks of his readers hearing about them. It's not too late for you to experience it as well; Keith already has his eye on his next venture. For a full and free report, including ticker symbol, sign up for Keith's free investment newsletter here.