SpaceX CEO Elon Musk had a historic weekend after his space transport service company achieved several milestones. And that has investors around the world wondering when they'll get the opportunity to invest in SpaceX stock.

Before we get into that, here's what has stoked fresh interest in SpaceX... 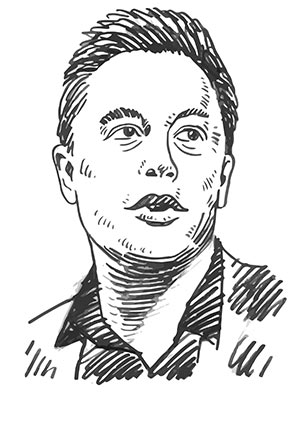 Late Friday afternoon, for the first time, SpaceX successfully landed part of its Falcon 9 rocket on a drone ship in the Atlantic Ocean.

SpaceX, along with Amazon.com Inc. (Nasdaq: AMZN) CEO Jeff Bezos' Blue Origin, have been trying to perfect rocket landings. SpaceX's momentous landing could lead to the company possibly reusing rockets for future launches, which would save the company money and time. It also opens access to space for more people in more places, like Mars. Musk's ambition is to establish a city on Mars.

"Reusability is important," Musk said following the launch. "It will take us a few years to make that efficient."

In the future, the billionaire businessman hopes launches will be as frequent as every few weeks.

While landing the rocket was the biggest news from this weekend's launch, that wasn't the only reason the weekend was historic for SpaceX.

Sunday, SpaceX arrived at the ISS with the world's first inflatable tent for astronauts.

The inflatable tent is actually an expandable room that will be temporarily attached to the orbiting outpost. Known as the Bigelow Expandable Activity Module, the habitat is not scheduled for use until the end of May. It will stay at the space station for two years so astronauts can test how it stands up to space debris and solar radiation.

British astronaut Tim Peake reached with the station's robotic arm and grabbed the Dragon, carrying the nearly 3,175kg of gear, at 7:23 a.m. Sunday.

Sunday's SpaceX delivery for NASA was its first in a year. A launch accident in June 2015 put shipments on hold.

The launch has investors eagerly awaiting a SpaceX IPO in 2016. But unfortunately, it looks like investors will have to keep waiting for a SpaceX stock offering...

Will There Be a SpaceX Stock Offering in 2016?

Musk has invested $100 million of his own money into SpaceX, but venture capitalists have also poured money into the company.

Founded in 2002, the company's mission is to revolutionize space technology with the ultimate goal of enabling people to live on other planets.

SpaceX first gained recognition in 2011 when NASA awarded the company $75 million to develop a revolutionary launch escape system. That system is designed to enable the company's Dragon spacecraft to carry astronauts.

SpaceX has more than 4,000 employees at its Hawthorne, Calif., headquarters and is consistently cash-flow positive. On Jan. 21, 2015, The Wall Street Journal valued SpaceX at $12 billion.

The quarterly impulses of fickle investors could be damaging to SpaceX's long-term goals. Since SpaceX's inconsistent long-range goals wouldn't be "super loved by the markets," it doesn't make sense to take the company public.

Robinson thinks eventually we will be able to invest in SpaceX stock.

"He hasn't yet announced plans to take SpaceX public, but I believe that's what he'll do. I base that on what happened with Tesla."

Even though you can't buy SpaceX stock quite yet, the commercial space sector is ripe with opportunity. That's why we found one of the best space stocks to buy today.

As Robinson says, "It's just a matter of time before savvy investors find ways to get rich from the 'New Space Race'" - and we want our readers to be in it from the beginning...