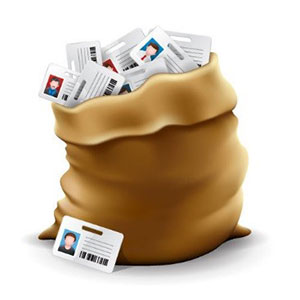 Yesterday, IRS Commissioner John Koskinen told concerned senators the IRS is doing everything it can to see that undocumented immigrants are able to use illicitly obtained or fake Social Security numbers for "legitimate purposes."

Yes, you read that right. The IRS is bending over backwards to help out illegal immigrants who actively commit Social Security fraud.

For "legitimate purposes," of course.

Such purposes, Koskinen added, included paying taxes. "It's in everybody's interest to have [undocumented immigrants] pay the taxes they owe," he said.

Koskinen's statement came in response to a question from Sen. Dan Coats (R-IN) during a session of the Senate Finance Committee. Coats wanted to know why it appeared the IRS is collaborating with taxpayers who file tax returns using fraudulent information. Coats said that his staff had discovered the practice after looking into agency procedures.

"What we learned is that the IRS continues to process tax returns with false W-2 information and issue refunds as if they were routine tax returns, and say that's not really our job," Coats said, according to report issued by Forbes yesterday. "We also learned the IRS ignores notifications from the Social Security Administration that a name does not match a Social Security number, and you use your own system to determine whether a number is valid."

In response, Koskinen explained that so as long as the information is being used only to fraudulently obtain jobs rather than to claim false tax returns, the agency doesn't see a problem letting the issue slide.

But the IRS chief didn't stop there.

Koskinen then alluded to even helping undocumented immigrants in the process. "There are questions about whether there's a way we could simply advise people," he added. "A lot of the time those Social Security numbers are borrowed from friends and acquaintances and they know they've been used... other times they don't."

How do you feel about this laissez-faire approach to illegal immigrants using fake Social Security numbers? Tell us on Twitter @moneymorning, or like us on Facebook.

Beware the Dark Money: Money has always influenced U.S. politics, but the issue grew much more pronounced after the Citizens United Supreme Court decision 2010 opened the floodgates for the wealthiest of donors to contribute almost limitless sums. Here's how this ocean of dark money has drastically changed U.S. politics - and not for the better...

But I stay at a parking meter 10 minutes too long and I get a $40.00 ticket. Sure that fair.
And it's not just paying taxes, they are getting the refunds also which add up to more than they paid in.

Talk talk talk…..what's new…. Can't we all get along for goodness sake!