If you're worried about the market crashing, you're definitely not alone.

On the other hand, if you're worried about the market making new highs while you're on the sidelines... Well, you're not alone, either.

These concerns are well-founded; the markets really are at a precarious juncture. They could go either way.

But that doesn't mean you can't make money if they do something you don't expect.

Here's the thing: As volatile as global markets are right now, you can still get into position to make yourself a lot of money no matter which way these dicey markets go.

So let me show you just what to look (and listen) for... 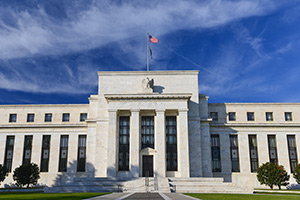 There's no doubt... Of all the powerful fundamentals impacting markets, nothing is bigger or hits harder than central bank policy moves.

We've watched since 2009 as central banks around the world have been "stimulating" economies - or at least trying to. Collectively, they've "spent" over $4 trillion... And they may have to spend more.

Of course the net effect of their quantitative easing (QE) and low, zero, and negative interest rates isn't moving economic growth needles much.

But they have moved markets in a huge way.

Whether new over-the-top moves by the Bank of Japan, the European Central Bank, and the People's Bank of China will continue to support their markets is being strongly debated.

Analysts, and especially economists, are increasingly talking about the "diminishing returns" on central bank "moves."

The thing is, they're not actually talking about economic growth; that's never really been a huge outcome.

They're referring to the fact that markets have reacted so positively to central bank moves. Only that's happening less and less each time new measures are implemented. That's really starting to worry a lot of people.

The U.S. Federal Reserve is a prime example: After they implemented the first tiny rate increase since 2006 and markets went haywire, they've openly articulated their concern about divergent central bank policies and the effect central banks have on markets.

Then there's the value of the dollar and other currency fears.

As the U.S. dollar strengthened, it made dollar-priced commodities cheaper (that's because most commodities are priced in dollars, and a strong dollar buys more of a commodity), particularly oil. Oil prices were actually being simultaneously hammered, by the strong dollar, of course, but also by robust U.S. shale production and vigorous pumping globally as producers made a bid to earn revenue on plummeting prices.

At that point, deflation worries gathered a wider and wider audience.

And the fears piled up fast; besides global deflation worries, rapidly declining energy and mining company share prices were spawning losses - and legitimate fears of contagion.

Currency wars were another serious global worry. One of the reasons China's slowing economy is so feared is that to stimulate their exports, in the event of serious domestic trouble, China would devalue its currency, the yuan.

China's already been systematically, but gently, ratcheting down the yuan. Any rapid devaluation would force other exporting nations to lower the value of their currencies to remain competitive with China, igniting currency wars.

Earnings are taking on a new dimension in this global economic nightmare, too.

Here's what I mean. Earnings used to drive equity prices, but not so much at this precarious juncture. 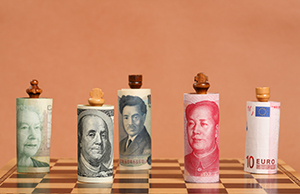 That's because earnings are being trumped by central bank and currency moves, both of which not only impact earnings, but are the overriding focus of traders and investors.

But here's how to play markets, up and down, by watching these three impactors.

Whatever Happens, Here's Your Best Move

Right now everybody should be worried about "diminishing returns" on the efforts being made by central banks.

Because economic growth seems to be waning, central banks are probably not going to let up on "stimulus" moves.

That's a reason to bet on markets going higher.

But here's the most important thing: Be very, very mindful of talk of "diminishing returns."

If that theme takes root and becomes headline news in the financial press and on financial news networks, and markets start slipping, you better have your stop-loss orders at the ready, or take your profits and head to the sidelines.

If markets fall on more central bank efforts to stop them from falling, it's time to load up the truck with short positions, put options, and inverse index benchmark exchange traded-funds (ETFs) - and not just on U.S. equity markets.

There are no "big bombs" being dropped because of currency wars... yet.

There are little skirmishes, but they're not big impactors. As long as currency fluctuations exhibit their usual volatile nature, within mostly defined ranges, it's safe to be in the market. It's even okay to take on some new positions now, as long as there are no major currency skirmishes.

But... if currency moves start to become big headline news, especially if the news isn't about one currency but about several different currencies falling, you'll know the currency wars have arrived.

There'll be opportunities then, but we can't know specifics until it's clear which currencies are doing what. But rest assured, I'll write about that when it happens because we can all make some good money then.

If currency wars look like they are heating up quickly, get out of anything related to China and any emerging market exposure you have. Then get into U.S. stocks and Treasury bonds. The relatively strong (and strengthening) dollar will become a safe haven. As currencies being sold for dollars will keep those currencies falling, buyers of the rising U.S. dollar will park their money in Treasuries, lifting their prices.

And finally, you have to watch earnings. I sure will be.

As long as markets are going up, even as earnings are slipping (and make no mistake about it, earnings have been slipping), the bulls will say, "the worst is over and weak earnings will start to turn around, so buy into the market now."

And they may even be right.

But if net earnings fall in the first quarter of 2016, it will be the fourth consecutive quarter earnings have fallen. The last time that happened was from the fourth quarter of 2008 through the third quarter of 2009. And we all remember what a mess that was.

If earnings are weak in the first quarter, and markets start to break down, then you know the bullish argument is being trumped by bearish sentiment that the worst isn't over, that we're headed into a recession, and that negative earnings growth is a warning flag.

It doesn't make sense to be in the market if earnings are falling at the same time overseas currencies are being hit, and central banks are running out of ammunition, or rates may start rising.

When that happens, get out and get short.

Of course, earnings are impacted individually by currency translations - especially for roughly half of the S&P 500, big companies garnering more than 50% of their earnings from overseas.

It's important to understand earnings are indeed impacted by interest rates.

Earnings per share (EPS) are affected by buybacks, which have been robust, to say the least, because low interest rates can encourage companies to borrow money to buy their own shares.

Here's another way to look at things.

If you're a top-down kind of investor, look first at central bank moves and how effective they are, then look at currency moves, then earnings.

If you're a bottom-up investor, dig into the earnings of the companies you own or want to buy. Keep an eye on currency moves, because they will impact your companies' earnings. And don't forget, as important as earnings are, central bank moves are more important.

If the Fed adopts the negative-interest-rate policies of Europe and Japan, this precarious market will turn downright nasty. So Shah has prepared an investor briefing with specific recommendations on what to do in case the Fed opts for economic suicide. Click here to download it, and you'll get Shah's Insights & Indictments each week at no cost.

Any opinions on how gold and silver might react?