There's been a lot of "smoke and mirrors" among pundits with little industry experience over what to expect from the oil summit in Doha, Qatar's capital, on Sunday.

I addressed some of this on CNBC's "Power Lunch" on Wednesday. But the importance of the Doha meeting cannot be explained in a few minutes on camera.

So, let's begin with that this oil summit is not.

Unlike what some "analysts" think, this will not be the first step toward a production cut.

Don't hold your breath for that. A cut in oil production is not going to happen – at least not from any agreement among oil producers.

Instead, here's what will happen – and how it will affect oil prices…

Producers Have No Reason to Cut Production 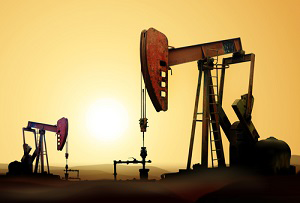 Oil-producing countries are currently between the proverbial rock and a hard place. Given the excess extractable reserves available worldwide, leaving oil in the ground lets other producers take your market share (and revenue). The Saudis were right on this from the outset (the November 2014 OPEC decision not to reduce production).

Unfortunately, this became a dynamic beyond anybody's control – a proverbial bolder racing down a hill, running over the central budgets of every OPEC member.

The aim of the Doha oil meeting on Sunday is to set a cap on production, with main global producers agreeing to limit how much oil they produce to the levels they achieved in January 2016.

This cap will not result in any production cuts.

Three Figures to Keep in Mind for the Doha Meeting

January OPEC production came in at 32.4 million barrels a day, the highest total in years. That's the first number.

The second one is Saudi Arabia's production that month, which reached 10.2 million barrels a day.

Meanwhile, Russian output exploded with 10.9 million, and U.S. producers came in at a bit under 9.2 million (those are your third and fourth numbers).

"Holding" production at these levels, as suggested by the proposal that will be considered at the Doha oil summit, is quite doable.

The reason is simple…

Most producers could not sustain these levels even if they tried.

The Saudis have often said they could put 12 million barrels a day (compared to the 10.2 million they produced in January) on-line and keep it at that level almost indefinitely. But that would result in some quite counterproductive results, including damage to reservoirs and a further deterioration in the country's revenue base.

From both an engineering and a fiscal standpoint, 10.2 million to 10.5 million barrels a day is about the maximum Saudi Aramco (the Saudi national oil company) would be targeting, with a 5% to 7% leverage to the downside with the improvement in oil prices.

History is a useful guide here. Over the past 14 years, for each sustainable $5 per barrel improvement in the price of oil, the Saudis have reduced production by around 200,000 barrels on average.

The present situation may change that relationship somewhat. Market share is a far more problematic ingredient than it used to be. But remember (history notwithstanding), we are not looking for an oil production cut this time.

Among other OPEC members, only the United Arab Emirates and Kuwait can withstand current prices. The remainder are in a fiscal free fall. All cartel countries, however, are running expanding budget deficits, reducing their social programs, and rejiggering taxes – including Saudi Arabia.

Which brings us to Iran and Iraq…

Iran's Oil Industry Is in Shambles

Iraq and Iran are increasing both production and exports. However, Baghdad will be hard-pressed to continue that increase, as the country's political climate is disintegrating (again). At the same time, major international oil companies are pushing back against contract terms offered by the government.

As for Iran, as you've seen here before, a combination of field difficulties, infrastructure shortcomings, a lack of essential investment capital (and a pronounced domestic political battle on how to raise it), and a collapse in technical expertise will prevent Tehran from sustaining any huge spike in exports.

Now, Iran will not formally participate at the Doha oil meeting (although it will have an observer there). The country has declared that it will not participate in any production freeze until it has reached the export levels it enjoyed before Western sanctions.

But even if Iran had the additional volume available for export, actually selling it abroad would only be possible by taking market share from other producers, especially other OPEC members. That would set off another price war – and one that Iran couldn't win given its limited export networks.

Whatever extra oil Iran does manage to export will be absorbed by the rising global demand for oil.

When it comes to the non-OPEC countries represented at the meeting, Russia has been producing (and exporting) every barrel it can to hold off a fiscal implosion. With a central budget that requires a much higher international price for oil, Moscow has been in dire pursuit of export revenue even as the ruble declines in value.

The 10.9 million barrels per day that Russia managed to produce in January is a post-Soviet record and cannot be sustained. The country's most important production basins, located in Western Siberia, are rapidly maturing with a new decline of up to 8% annually kicking in shortly.

To offset this decline, Russia would have to drill deeper for heavy oil (which sells at a discount), move north of the Arctic Circle, and into undeveloped Eastern Siberia.

But from both an investment and a technical standpoint, that is simply not possible. That means that unless there is a drastic improvement in crude oil prices, Russia is facing a crisis in oil production.

Now, Russia has never in the past held to any agreement to cut production. But it will sign on to a cap at a level it cannot maintain anyway.

U.S. production dipped below 9 million barrels a day in March for the first time in almost a year. Given that there are no national state-run oil companies, and no direct connection between government policymakers and producers, American production has always been an outlier in discussions like those surrounding the Doha meeting.

Here in the United States, deteriorating credit lines combined with the threshold price necessary for large deep, horizontal, fracked shale plays put a limit on any increase in production.

These issues, of course, will not be touched on in Doha.

Instead, here's what will happen…

Oil Prices Are Heading Up

The countries attending the Doha oil summit will agree to cap production using the January near-record-high oil production figures (that no one could sustain anyway). This will put a floor on the price of oil moving forward.

Yes, there will be volatility, but the environment will change for traders. And without the huge swings of the recent past, running shorts or speculative derivatives on the price of oil will no longer be profitable.

This simply mirrored the approach (in the other direction) used when oil was above $100 a barrel.

Remember, the crunch in oil prices has never been just about excess supply. After all, in 2014 when WTI prices in New York were well above $100, we actually had a greater glut of oil at Cushing, Oklahoma – where the WTI daily price is set – than we do now.

So here's what you can expect.

The Doha production cap will create a pricing floor, which will allow for additional supply if needed. Now, while that will lessen the uncertainty and move the market closer to the actual cost of oil, there's not going to be a sudden race to $80 per barrel oil.

Call it a "psychological stimulus" if you must. But any way you label it, this will allow for a higher oil price.

Where the Oil Price "Yo-Yo" Is Heading Next: Oil prices have been moving up and down within a given range, seemingly without reason. But behind the scenes, the pieces are getting in place for crude oil prices to move up to $42 to $45 per barrel – soon. And that will give you plenty of opportunities…